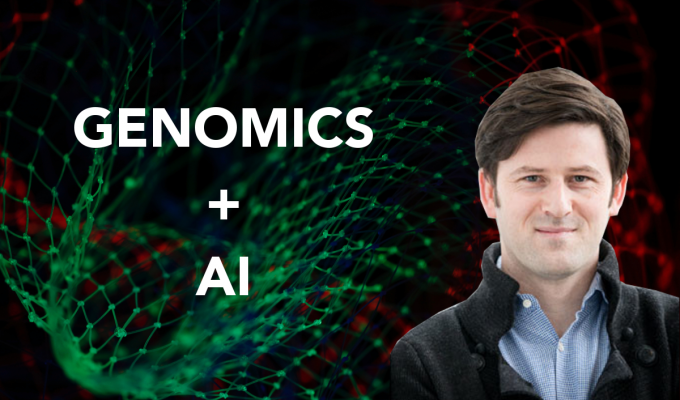 Wave Life Sciences is a Boston based biotechnology company focused on delivering transformational therapies for patients with serious, genetically defined diseases.
Their proprietary chemistry platform, viewed through the eyes of their world-leading scientists, enable them to see one possible future of medicine. They are the first to design and bring stereopure and allele-specific medicines to clinic and will have 6 neurology development programs by the end of 2018. These include lead programs in neurology for Huntington’s disease, Duchenne muscular dystrophy, amyotrophic lateral sclerosis and frontotemporal dementia. They are also using machine learning and AI to develop new therapies.

In short, they are rapidly moving the ball to innovate the pharma space listed on top10pharma.net.

We decided to get some answers straight from Chris Frances, PhD, who heads the Emerging Areas at Wave Life Sciences.

1. Chis, what types of diseases are currently considered rare and otherwise “untreatable” by biologic or small molecule drugs?

The conventional wisdom is that biologic drugs, such as Humira or Remicade, are limited to cell-surface and secreted protein targets, while small molecule drugs, like aspirin or Lipitor, are limited to enzyme targets. The argument then follows that these represent only a small fraction of the target universe where drugs can intervene effectively. This significantly limits the number of treatments for rare diseases and specifically genetically-defined rare diseases. This means that serious disorders such as Huntington’s disease or amyotrophic lateral sclerosis (ALS) have eluded traditional approaches.

However, all therapeutic modalities are continually evolving and technologies that target the genome or transcriptome have the advantage of dramatically expanding the addressable target universe and utilizing Watson-Crick base pairing to drive precise and efficient discovery and development. 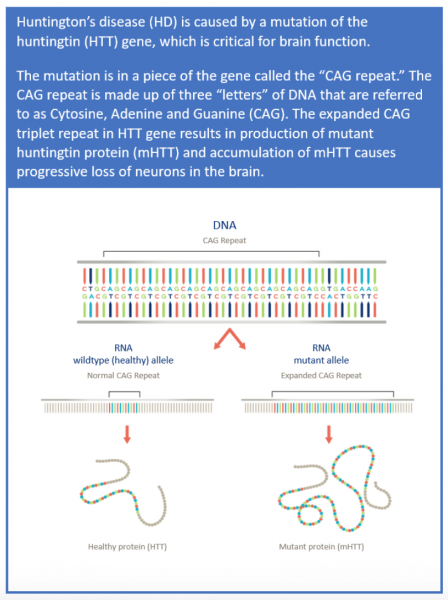 2. We hear a lot about gene mapping to understand our ancestry. Is that information valuable to understand what other “baggage” my DNA might be carrying with it and, if yes, why?

Yes, the “baggage” sculpts your biology. From a drug discovery and development perspective, it is important to understand the potential consequences of biological heterogeneity on a particular therapeutic approach. In fact, it has been suggested that some clinical studies testing the efficacy of drugs have failed because they did not account for the diversity of “baggage” in the patient population. More and more, we are focused on not just addressing the disease in isolation, but also understanding how specific diseases manifest and respond to treatment in individual patients. It matters because the future of medicine will be personalized.

3. What is a nucleic acid therapeutic?

4. How is Wave Life Sciences utilizing AI to understand and develop therapies for rare genetic diseases?

We are collaborating with a company named Deep Genomics to identify novel approaches to address neuromuscular disorders. Wave has an expertise in designing stereopure oligonucleotides (also called nucleic acid therapeutics), which can address very specific targets and regions within targets. However, it is not always clear which target, or region within the target, is the best and what the impact of intervening might be.

That’s where Deep Genomics comes in. Deep Genomics uses high-throughput molecular biology data, deep biological knowledge and artificial intelligence to predict the consequences of genetic mutations and oligonucleotide treatments for molecular phenotypes, including splicing, to prioritize which targets and regions within those targets Wave should intervene with an oligonucleotide. The advantage of Deep Genomics’ artificial intelligence platform is that it can predict the effects of tens of billions of alternative oligonucleotides against millions of targets. We will use these insights to direct its highly efficient stereopure oligonucleotides towards optimal regions or sequences within targets. The result could be the development of therapies that address new targets and larger patient populations, or in treatments with optimized therapeutic profiles without going through a protracted, expensive and usually unsuccessful trial-and-error methodology.

A better understanding of an individual’s “baggage” and the limitations of therapeutic intervention will place a greater emphasis on effective communication of personalized risk-modifying behaviors. Distinguishing between states of wellness, illness, and periods of transition will become more important and perhaps redefined as we understand more about the dynamical heterogeneity of disease progression. Improvements in imaging and longitudinal data will reveal the prolonged periods during which tissues degrade and will increasingly favor organ transplantation, including devices, for tissues outside of the brain. Cancer will be cured. 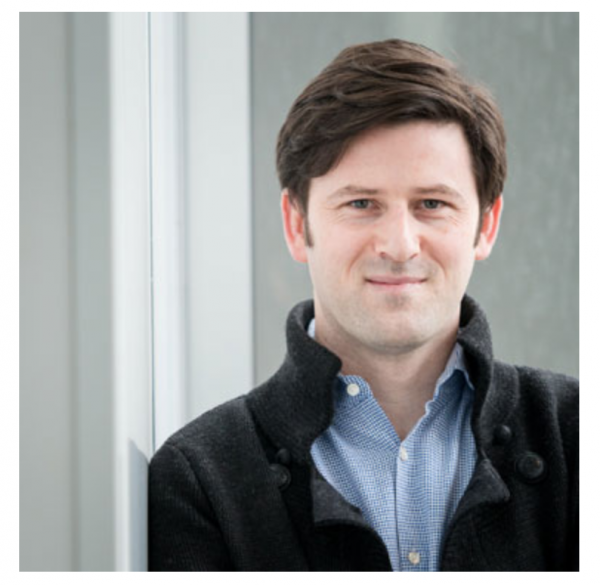 Since joining in April 2014, Dr. Francis has contributed to Wave’s private and public financings and led the formation of collaborations with Pfizer, Takeda and Deep Genomics. Dr. Francis is also a co-inventor of Wave program- and platform-related intellectual property. Prior to Wave, Dr. Francis led strategy, licensing and scientific operations for GSK’s immuno-oncology unit, where he contributed to multiple programs currently in clinical development, including BCMA, OX40, ICOS, NY-ESO-1, in addition to co-invention of GSK’s TLR4 combinations. He began his career in healthcare private equity with Two River LLC and pharmaceutical pricing reimbursement consulting with IMS Health. Dr. Francis received undergraduate and graduate degrees in biochemistry and biophysics from the University of Melbourne, and doctoral training at the University of Cambridge.

Tracy Shea is a veteran content strategist in both traditional and digital development. His 20 plus year career in journalism via television, dotcom and interactive endeavors lend to a deep understanding of online and offline content. His innovative approaches to social strategy, integrated content and interactive media prove to be a new model for the way content can be considered, and also a streamlining and cost-saving measure for digital distribution. He spent eight years as a producer and editor with CNN based in Atlanta, and was part of the original development team for the creation and launch of CNN.com. Tracy's work has been featured on Wired Magazine, MSNBC, National Geographic, CNN, and others.