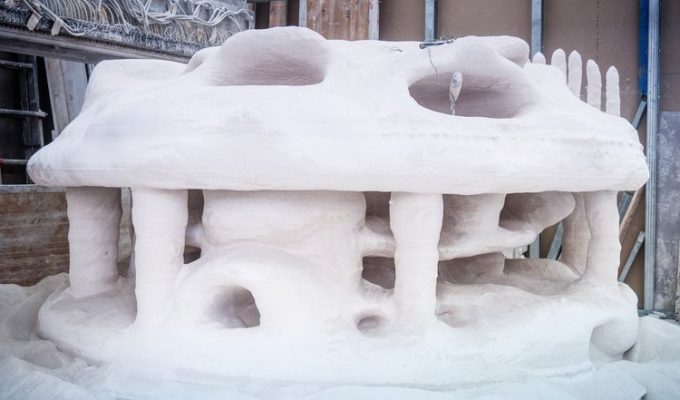 This week, MOBProd has been focusing on the unprecedented coral bleaching caused by climate change that is happening around the world. Warming ocean temperatures are causing a landlord/tenant dispute between many of the corals and the symbiotic algae that live with them: when the waters warm, the algae’s photosynthesis goes awry, producing a toxin harmful to the corals. These corals then evict their algal tenants, which provide the corals not only with their main energy source but also with their beautiful coloration.

Corals that have ejected their algal companions lose that coloration and food source, taking on their natural whitish color and reducing their metabolism. These bleached corals aren’t dead and can recover, but prolonged and frequent periods of bleaching can prove fatal. The corals then get covered in seaweed, disrupting the ecosystem for the plethora of critters living on and around the coral reefs.

Hardest and most visibly hit is the Great Barrier Reef. Check out the segment we put together for the PBS NewsHour:

Astrid Kramer, a senior engineer at the Dutch company Boskalis, became interested in this issue while on a reef relocation project in Jamaica seven years ago. She thought the exploding field of 3D printing might be able to help restore bleached coral reefs.

“3D printed reefs can help in this solution since they provide hard substrate on which coral larvae can settle and, due to its potential for complex shapes, it can also provide small holes and crevices for small herbivorous fish, crustaceans, snails, etc.,” Astrid and her team wrote in an email. “With 3D printing, it is possible to take into account more of the specific habitat requirements of the marine organisms utilizing the reef.”

This idea won Kramer and her collaborator Jamie Lescinski an innovation competition within their company, and gained them enough support to start a pilot project in Monaco. Figuring out the material to use was the big hurdle, since many plastic or concrete 3D printing formulations can’t handle underwater conditions.

The breakthrough came after reading about a new 3D-printing technique called D-Shape invented in Italy by Enrico Dini. Dini is quite a character: he quit his well-paying job, used all his inheritance, and  ended up in divorce court  in order to develop this new printer that can use sand, clay, or even lunar dust to print huge structures on location [read a great profile of him in the South China Morning Post Magazine.]

For Kramer and Lescinski, this was just what they needed.  They say they can now “print artificial reefs based on scientific ecological principles, using locally dredged sand from our projects—effectively giving the material back to the ocean.”

They spent this past year has been spent searching for a good glue to keep the structures together underwater. And it appears they’ve hit some pay dirt: “We believe we’ve found the right binding agent that ensures that the reef units will keep their shape underwater,” the team wrote me.

Working together with the the Fondation Prince Albert II de Monaco, the Boskalis team plans to install six 3D printed reefs at the Larvotto Marine Reserve off the coast of Monaco in the second half of this year. These mushroom-esque reef structures are huge: six feet in diameter and 3 feet tall, weighing 2.5 tons: One of the 3D printed reef units to be installed off the Monaco coast. Courtesy Boskalis.

The team hopes these artificial reefs will provide stepping stones for various flora and fauna moving between existing corals as well as replenish the bits of habitat lost due to coastal development.

The Boskalis team envisions 3D printed reefs as part of a large assortment of tools that can eventually be used to restore bleached corals, even though the underlying cause of the issue–warming ocean temperatures–still needs to be addressed first: “In order to successfully rebuild a damaged reef, conditions need to be favorable again, otherwise restoration will fail.”

There is a sobering thought–something we should not deny.