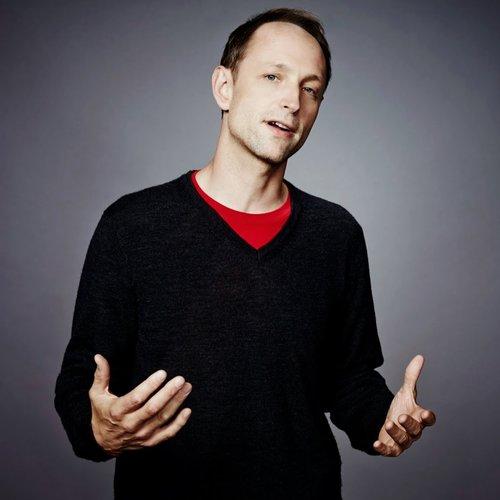 Caleb Hellerman is a writer, reporter, filmmaker and producer with a deep love of science and more than 20 years in television news. After a 90s-era stint at CNN, he learned to dance the World News Polka on the overnight shift at ABC News. He was a writer for World News Tonight with Peter Jennings and later a writer and producer for Good Morning America, working alongside Charles Gibson and Diane Sawyer. At CNN, Caleb covered breaking news and produced more than two dozen documentaries and special broadcasts; as Supervising Producer of “Sanjay Gupta MD” he oversaw in-depth coverage of everything from the creation of Obamacare to the devastating Ebola outbreak in west Africa.

In late 2014, Caleb launched his own company, Curiosity Lane, to produce documentary films and other content with a focus on science and medicine. He’s worked with MOBProd on a variety of projects for the PBS NewsHour and WGBH/NOVA, and is currently producing a feature-length documentary about psychedelic medicine.

He continues to write for a variety of online and print publications, including The Atlantic, NOVA Next, The Nation and CNN.com.

A homeschooling father with a weak spot for dangerous experiments and exotic emerging diseases, he makes his home in Framingham, Massachusetts.