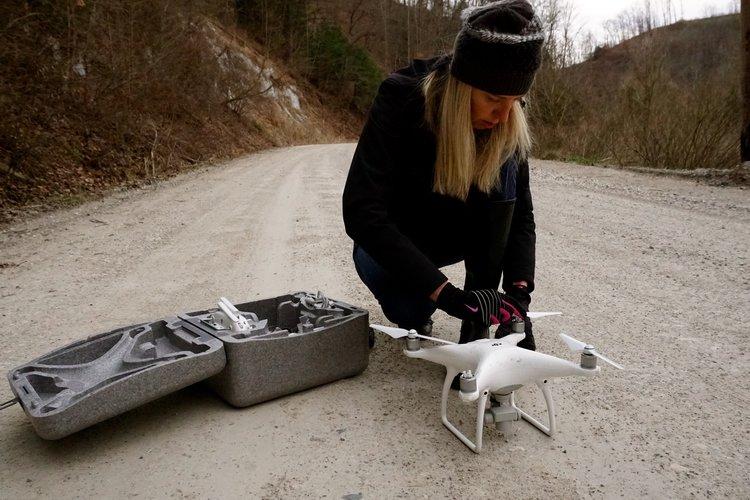 If Miles O’Brien Productions were a Major League Baseball team then Suzi would be our star utility player. Infield, outfield, pitching, pinch hitting, heck, even singing the National Anthem, Suzi’s got it all covered. At the office and in the field Suzi is our coordinating producer, comptroller, shooter, and all around left hand woman.

She’s applied her talents to numerous projects for PBS NewsHour and NOVA including the Emmy Award winning documentary, “Manhunt: Boston Bombers.” While she’s been tapped to do set design, makeup, and lighting, she prides herself on her 3D spacial awareness skills – her special talent for fitting two tons of equipment into a one ton space.

In her previous life, Suzi worked as a graphic designer in advertising for the likes of The Tampa Tribune, CUC International, Cendant Corporation, and Microsoft Sidewalk where she was among the very first art directors managing design services for internet advertising.