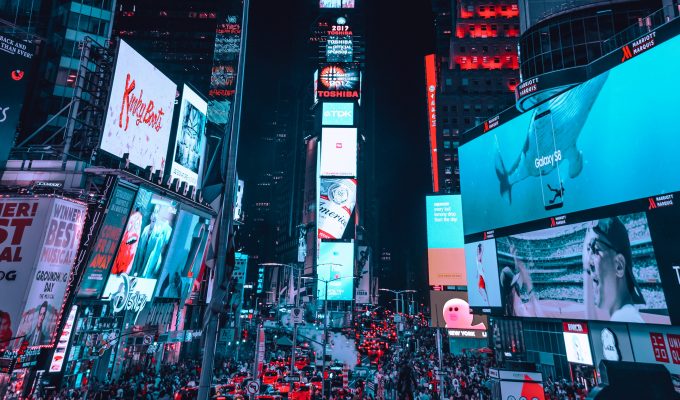 Let’s start with the hardest part of the technology known as blockchain: understanding just what the heck it is.

Begin by stepping back and having a look at how you currently access and protect the most important information in your life. You put it away, right? It lives in a single place. Maybe you house it behind the security of a trusted bank, or you password-protect it on your laptop. If you’re old school, maybe you have a disk or a paper copy in a safe somewhere. The fewer people that have access to it, the more secure it is, right?

Well, the idea of a blockchain is to blow that idea up. Rather than hold on to information by keeping it as private as possible, the idea here is to make as many copies of it as possible, and distribute them to hundreds, thousands, maybe even millions of people on a network. The copies constantly update themselves. And because everyone has the information, that information can’t be altered by any one person without everyone else knowing about it. The transparent nature of that network makes its information safe. That’s the concept.

Still a little squishy? Okay, try this. Think of a note of paper currency, a twenty tucked into your wallet. That piece of paper has no intrinsic value. It’s not made of precious materials. It doesn’t even directly represent a hard piece of something like gold, the way it used to. It’s just an entirely symbolic piece of paper that we’ve all come to accept as having value. Why? Because everywhere you go, everyone is part of the larger agreement that cash represents wealth, that it’s valid and current, and that handing it across a counter gives you the right to acquire clothes or food or tickets to a movie. Blockchain also represents a larger agreement. By becoming part of the blockchain, you’re agreeing that the information it holds is valid and current. It creates that widespread understanding between strangers. It’s a trust network.

So let’s get to the details. The concept was first created by an unknown person or persons going by the name Satoshi Nakamoto, who published a paper in October 2008 describing a “peer-to-peer electronic cash system” called Bitcoin. A digital replacement for money as we know it, with a value understood by everyone involved. That shared understanding relied on a timestamped record of events that served as a universal receipt, visible to anyone, proving the validity of each Bitcoin transaction. That record of events was like a chain connecting every computer on the network. And it updated itself in ten-minute “blocks” of time. Together, the notion of that shared, constantly updated log of transactions came to be called a “blockchain.” The blockchain would be a way for a group of people to agree on the validity of information held on the network.

By now, pretty much any institution that exchanges important pieces of information is beginning to experiment with the idea. The central banks of England, Singapore, and Canada are all testing blockchain technology as a way of instantly and securely injecting money into their national banking systems. Blockchains could make transactions so cheap to process — no middle man, no clearinghouse, no verification services — that we could begin paying one another tiny quantities of money for advertising, news articles, survey responses. And Google’s DeepMind project is using blockchain to create secure, private health care records.

Of course, this stuff isn’t hacker-proof. One blockchain concept making the rounds is the idea of contracts that don’t have to be passed back and forth. Instead, a contract stored in a blockchain could be self-executing if the right signatures are added, or a stock hits a certain price. Unfortunately, that idea was the basis of a $60 million theft from The DAO, a venture firm that operated entirely within a blockchain, to showcase the possibility of operating without lawyers or administrators of any kind. By using some of the rules built into the blockchain contracts — a reward for splitting stock in The DAO — the hacker managed to trick the blockchain into handing him a huge sum of money. “I have made use of this feature,” wrote the attacker in an open letter, “and would like to thank the DAO for this reward.”

Blockchain technology could be a way of building ultra-efficient, highly secure, deeply trustworthy storage for our most important information. But we have some kinks to work out first.