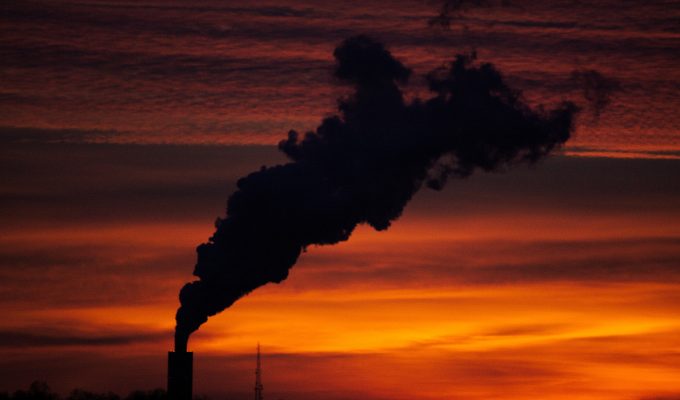 Apologies for the hiatus–but we’ve been pretty darn busy. This summer, I’ve been flying around chasing wildfires and the people that study them for an upcoming PBS NOVA film–you can learn more about this if you sign up for my newsletter. Being busy is good, but something had to give and unfortunately this was it. We promise to try harder to maintain a more regular schedule. Here’s a look back at the past week(s) in science, with stories you don’t want to miss.

Earlier this month, the Intergovernmental Panel on Climate Change (IPCC) released a special report saying that time is running out for humanity’s fight against runaway climate change.

Here’s the current lay of the land:

However, considering the massive undertaking of shifting the whole globe’s economy away from a fossil-fuel based infrastructure, such a future looks unlikely. In fact, global emissions are still increasing–up 1.4% since the signing of the Paris Climate Agreement.

We’re at the point where we’re going to need negative emissions if we want to stabilize the planet’s climate. That means sucking up greenhouse gases, mainly carbon dioxide, from the air faster than we are producing them.

There are a few carbon capture and storage technologies that have been proposed–but even those that have been constructed are still in prototype phase and need further refining to be deployed at scale.

I visited such a coal-burning power plant outside Houston last year, where carbon dioxide is captured, then piped to an oil field about 80 miles away, making the whole endeavor break-even at current oil prices, but profitable when they inevitably rise.

Yes, I see the irony. The people behind this project make the assumption that the oil would be burned anyway and thus it is carbon negative. Sounds like some “aggressive” accounting.

But until we decide to put a price on carbon, there will be little economics incentive to bring these technologies to scale.

It means we are likely to limp along to an increasingly warmer world and all the devastating consequences IPCC scientists are starkly predicting.

Climate change is not good for mental health. How do we move the needle?

If you’re feeling overwhelmed by climate change, you’re not alone. In research published this month, social scientists showed how a changing climate is linked with people’s mental health.

The analysis combined self-reported mental health data from a CDC survey of almost 2 million Americans with weather and climate data. With such a large data set, some interesting patterns emerged:

I get it: climate change is depressing stuff, especially if you’re living through the brunt of the consequences. I’ve been reporting on this stuff for a while now, and it still gets me every time…

But one way of thinking that helps me is trying to focus on solutions. Finding stories of how real people are battling climate change provides a framework for others to see how we can come together on a larger scale. Here’s a few of just these kinds of personal climate change stories my team and I put together for the awesome nonprofit Clean Air Carolina… Hope they educate and inspire you at the same time:

On October 11th, a Russian Soyuz rocket destined for the International Space Station (ISS) suffered a malfunction of some sort, prompting the NASA astronaut Nick Hague and Russian cosmonaut Alexey Ovchinin to jettison in their capsule. Though the landing was fast and rough, the pair were recovered quickly, unharmed.

The last Soyuz mishap like this was back in 1975. The crew ended up in the snow in Siberia with wolves pawing at the capsule–and had to wait till the next day to be rescued. Soyuz rockets have launched more than 1,700 times since 1966–the only reliable launch system still consistently used today since the US ended the Space Shuttle program in 2011.

The Soyuz is also the only vehicle that can currently carry people to the ISS–so it’s imperative that a quick and thorough investigation be done. Initial word from Roscosmos, according to SpaceNews, is that “one of the Soyuz rocket’s four strap-on boosters failed to properly separate and nicked the core stage.” NASA Administrator Jim Bridenstine has spoken in support of the Soyuz partnership, saying US astronauts will continue flying on the vehicle, possibly even before the year is out.

Chlorpyrifos is on its way to being banned. What is it used for?

Chlorpyrifos is one of the most ubiquitous pesticides in the world but, for years now, scientists and health professionals have been speaking out against its use. That’s because several long-term studies have shown that exposure to this pesticide leads to cognitive development issues in children.

So why isn’t it banned? Well, the EPA has been debating banning chlorpyrifos in agriculture for some time now. The current pro-industry EPA has refused to ban it, which the Ninth Circuit Court of Appeals in August insisted they implement. EPA has appealed the decision, so–at least for now–farmers can use chlorpyrifos. (All of this was covered in one of our recent PBS NewsHour reports.)

And that’s what we looked at this month for the PBS NewsHour: why do farmers like using chlorpyrifos?

The short answer is that it’s very effective at killing a broad spectrum of different pests, which is particularly crucial for citrus farmers in California who are fighting an encroaching disease that could easily decimate the whole industry. For the long answer, well… watch our segment!

The problems with organophosphates–the class of chemicals chlorpyrifos belongs to–go beyond our borders. Chlorpyrifos itself has been authorized for use in “nearly 100 countries” and sprayed on “8.5 million crop acres per year” according to DowDupont, it’s manufacturer.

In other countries, especially where the environmental regulations are more lax, dozens of children have died from eating food with organophosphate residue. An estimated 3 million people a year are hospitalized due to organophosphate poisoning, with many of these being farm workers lacking adequate protection.

But, a ray of hope: researchers reported recently the development of a topical gel that can actually prevent organophosphates like chlorpyrifos, which can be absorbed through skin, from interfering with acetylcholine, a molecule with an important role in regulating how neurons and muscles function. The scientists hope this gel can be used by farm workers to block the influence of organophosphates.

Opportunity still quiet on Mars–but, hopefully, not for long

NASA recently reported that its Mars rover Opportunity is still not responding to commands after a dust storm earlier this year. The team posits that the rover’s solar panels are obscured by dust, and hopes that a windy period from November to January will blow it away and allow the little explorer to recharge.

If it doesn’t, this could spell the end for Opportunity… But, no need to be sad! It will join its twin, Spirit, as entombed monuments to exploration and discovery. Plus, both rovers went above and beyond, delivering top-notch scientific data for much longer than expected–the rovers had an estimated lifespan of three months but Spirit lasted for 6 years and Opportunity is going on 15.

As these missions wind down, I spoke to Steve Squyres, the scientist in charge of Spirit and Opportunity. Let me tell you, he’s a proud father of those two robot twins! You can listen to our conversation on a recent episode of my podcast.