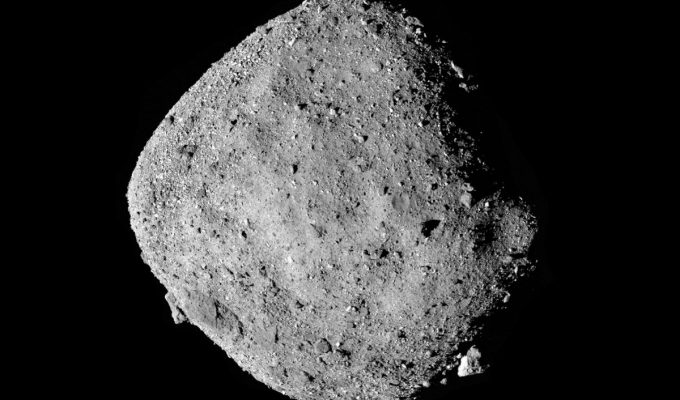 Here’s a look at the most interesting happenings in science, with stories you don’t want to miss.

This week, I participated in a Reddit AMA. While it may not have been a deluge of questions, the ones I got were good. We chatted about wildfires, asteroids, climate change, and–of course–the other Miles O’Brien (Colm Meaney’s character on Star Trek).

If you want to check it out, here’s a link. Also, I will try to check in if I have time and answer questions that may come up later–so give me a shout!

The biggest annual conference on climate change mitigation, COP24, is coming to a close this week. This is the annual checkup for the Paris Agreement on climate and the U.S. has posted another dismal showing–which makes sense, considering President Trump has started the process of withdrawing from the accords…

Over the weekend, the U.S. joined Russia, Saudi Arabia, and Kuwait as the only attending countries to not fully endorse the IPCC Special Report issued in October, basically blocking its recommendations from being implemented. And when a U.S. representative gave a speech Monday about using “clean coal,” he was laughed down by protestors.

This was to be expected–after all, denying the science is par for the course for this administration–but climate change is becoming an ever more existential threat. Instead of cutting back our emissions, we are actually on pace to release a record-breaking amount of greenhouse gases this year.

Since our federal government is choosing not to do anything about it, state and local governments are taking the lead–as well as ordinary citizens banding together through nonprofits. To find out more about how the average American is fighting climate change, check out my podcast with Clean Air Carolina’s June Blotnick, as well as the videos we put together for the environmental health advocacy group.

The OSIRIS-REx spacecraft, after arriving at asteroid Bennu, has begun investigating its target. In starting its search for a sample site, the team has found the asteroid to be as rocky as expected–which means the sampling site needs to be carefully chosen in order not to clog up the mechanism.

Now the good news: preliminary examinations of Bennu with scientific instruments show that the asteroid contains water! It’s not liquid water–instead, it’s water that has been chemically bound with clays in the asteroid. In fact, the asteroid is too small to have ever had liquid water, which means this is likely very old water left over from when Bennu–and the solar system–was just forming.

Who knows what kind of secrets are hidden on Bennu! I, for one, am excited to keep following this story.

For more on this, check out our PBS NewsHour report and in-depth podcast on OSIRIS-REx with key players running the mission:

VSS Unity coasted just over 50 miles high and Virgin Galactic released some beautiful footage of the curvature of the Earth from that familiar darkness of space. Though there are different standards of where space begins, I’d say they made it.

This all brings Virgin Galactic one step closer to sending tourists on short suborbital space joyrides. Meanwhile, Elon Musk and SpaceX are planning a space tourism adventure that is many orders of magnitude more complex, risky, and expensive: their new Falcon Heavy rocket I reported on in February is set to take Japanese billionaire Yusaku Maezawa around the Moon in 2023.

At the American Geophysical Union meeting this week, the biggest Earth and space science gathering in the world, scientists presented a detailed timeline of the new aspects of the Kilauea eruption this year. Kilauea had been erupting continuously since 1983 but kicked up a notch in May, opening new rifts and spewing lava into residential neighborhoods, destroying hundreds of homes and evacuating thousands of people.

This was perhaps the best-monitored volcanic event in history, and it has given researchers new insight into how a collapsing caldera can force gas buildup and eruptions elsewhere in the volcano’s rift system. The plentiful data will continue to provide a case study for developing future warning systems and unlocking more of the mysteries of volcanoes, some of the most temperamental and unpredictable geological features of our world.

Kilauea is still keeping secrets: after its vigorous summer activity, it slowed and stopped leaking lava. In fact, the volcano has been quiet for more than three months–which technically means the eruption of more than 30 years has ended… Go figure!

Volcanoes–and Kilauea especially–will continue to enthrall and mystify us. There is still much to learn about these eruptions, like I did talking to geologist Mike Garcia on my podcast in May. Garcia is my go-to Kilauea guru after he showed me around the volcano back in 2016.