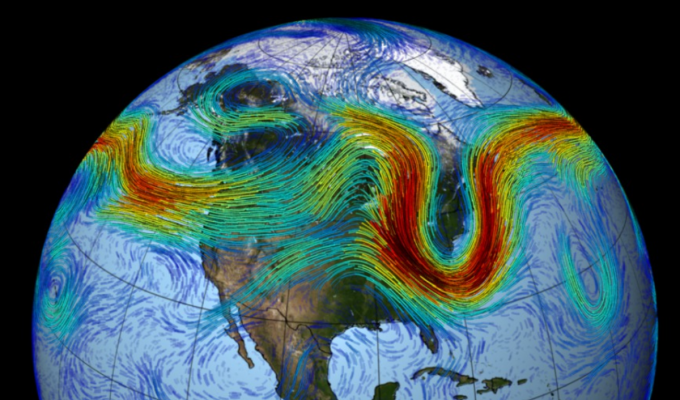 Scientists have created a hybrid biological-electronic system to detect biomarkers in the body, a breakthrough that could make medical diagnosis easier, faster, and more precise.

They call the technology the Ingestible Micro-Bio-Electronic Device, or IMBED, and it is roughly the size of a pill. The scientists used it to successfully detect a model of gastrointestinal bleeding in pigs.

IMBED is made up of two main components: 1) bacteria that has been genetically-engineered to generate light when a specific biomarker is present, and 2) a highly power-efficient microelectronics package that measures the amount of light produced and converts it to data transmitted wirelessly.

All of this is sealed in a pill capsule, so it could be ingested and eventually passed without serious complications. And no need to worry about contamination: IMBED has a semi-permeable layer that only allows small biomarkers to go into and out of the device–the bacteria can’t escape.

There are several benefits to this system.

First off, it is highly modular: the bacteria can be programmed to respond to almost any biomarker and help detect many diseases and disorders. In fact, the scientists already managed to tweak IMBED to detect thiosulfate, a biomarker of gut inflammation, and acyl-homoserine lactone, a biomarker associated with a specific gut bacteria.

Secondly, IMBED is highly noninvasive and can monitor biological processes inside the body directly. This is important because taking a sample and studying it in a lab is slower and you may lose an important factor in the process.

This reminds me of the issue of growing bacteria in the lab in general: in our reporting about superbugs, I was surprised to learn that 99% of microbes we know of simply do not grow in lab cultures.

This “bacterial dark matter” could be hiding new antibiotics, so antibiotic researcher Slava Epstein created a device called the iChip that can start cultivating a bacterial colony in wild. You can watch our partner segment on the subject with PBS NewsHour economics correspondent Paul Solman below:

The IMBED device described in this new paper is like a miniaturized version of iChip, with additional electronic components.

Perhaps both iChip and IMBED will help us understand the bacterial world around us a bit better. As we saw last week, we are only starting to scratch the surface of how bacteria affects us.

TESS, the Transiting Exoplanet Survey Satellite, has sent back its first test image since its launch in April:

This is an image from just one of the four cameras aboard the spacecraft, which will be used to hunt for exoplanets elsewhere in the Milky Way.

In June, the cameras should start coming fully online and delivering “first light”, science-quality data. After that, TESS has a two-year mission to image most of the night sky and wait for the tiny dips in the light of other stars when their planets pass in front of them.

Scientists can then sift through that data–perhaps with the help of artificial intelligence–and find whole new worlds outside our solar system. The most promising of them will likely be priority targets for the James Webb Space Telescope, Hubble’s successor, when it finally gets off the ground. These other worlds could harbor alien life, as I discussed on the PBS NewsHour last year:

What’s the connection between the jet stream and traffic jams?

Next time you’re sitting in traffic, consider that the same thing might be happening to the jet stream.

In a new analysis, atmospheric scientists have found that the mathematical models used by transportation engineers to model traffic congestion are also useful to model how the jet stream stalls out.

Climate and weather are such complex, interconnected systems that creating effective models is incredibly difficult. But, sometimes, interdisciplinary thinking can help uncover solutions in places you wouldn’t have thought of otherwise.

“It turns out the jet stream has a capacity for ‘weather traffic,’ just as highway has traffic capacity, and when it is exceeded, blocking manifests as congestion,” study co-author Clare S.Y. Huang said in a press release.

This kind of modelling can be helpful in determining how a warming climate destabilizes the jet stream.

When the jet stream stalls and meanders–due to climate change or natural variation–extreme weather events can occur. In fact, a weakened and straying jet stream has been linked to the intense storms that hit the American Northeast this past winter–and many scientists think that climate change is to blame. You can watch our NewsHour coverage of that below:

A new analysis shows that reducing the impact of climate change would actually be beneficial to businesses.

The researchers came to this conclusion by comparing how various countries performed economically during the last 50 years of rising temperatures, and then projecting this into the future. The main factors they focused on were increases in costs associated with lower agricultural yields, poor human health, and extreme weather event recoveries–all of which are starting to be linked in some part to climate change.

“The countries likely to benefit the most are already relatively hot today,” lead author Marshall Burke said in a press release. “The historical record tells us that additional warming will be very harmful to these countries’ economies, and so even small reductions in future warming could have large benefits for most countries.”

If the world can find a way to achieve the reach goal of the Paris Climate Agreement and keep warming to only 1.5℃ by the end of the century, the researchers calculate the world could collectively save upwards of $20 trillion. Now that’s a fat stack!

Contrary to what EPA chief Scott Pruitt might say, environmental regulation can make business sense. We’ve been following the story of methane, a powerful greenhouse gas, where the business and environmental interests are aligned and have worked together to curb harmful emissions. It’s a fascinating topic–and we’ll soon bring that to you as a PBS NewsHour segment!

A new method of screening for Zika virus in mosquitoes has been developed–and it could be a game changer in tracking the spread of the birth defect-causing virus.

Scientists have shown that near-infrared spectroscopy (NIRS) can be used to image whole mosquitoes 18 times faster and 110 times cheaper than the current state of the art. This test is also non-invasive, meaning the mosquitoes do not have to be prepared in any way to test them.

Here’s how it works: near-infrared light shines through the translucent bug. If it is infected with Zika, the light is absorbed more at certain wavelengths that correspond to some part of the virus’ molecule structure. If that absorption is picked up by a sensitive detector, then that mosquito almost certainly has Zika. If not, the mosquito is clean.

Transitioning this technology to the field testing has its difficulties, but the benefits would be tremendous.

“If NIRS is as accurate in detecting ZIKV [the Zika virus] in field mosquitoes as it is in the laboratory, then the speed, cost effectiveness, and noninvasiveness of the technique would make it an attractive technology for the surveillance of mosquito-borne viruses in the future,” write the authors.

Knowing which mosquito populations are infected would make it easier to slow and possibly stop the transmission of the Zika virus to humans. How that could be done seems straight out of a science fiction story: genetically engineer mosquitoes to die if they become infected with the virus. This approach is already being used in hard-hit Brazil, as I covered for the NewsHour:

Have a great holiday weekend. Remember your sunblock and your bug spray!