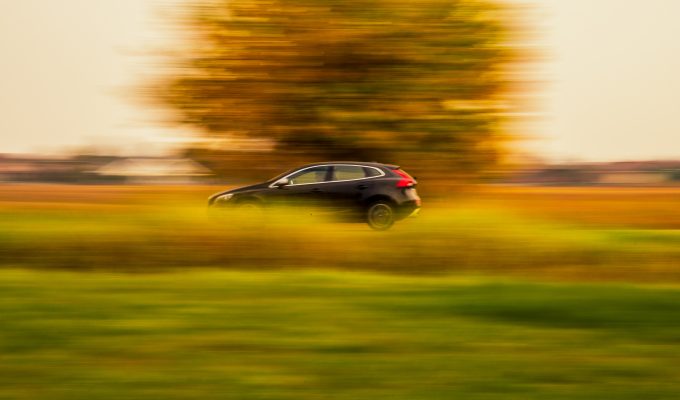 Uber has been praised as creating flexible jobs for a wide variety of people, but soon the front seats of several thousand of their cars may be entirely empty.

In November, the company announced that they were ordering at least 24,000 Volvo SUVs — the XC90 model — equipped with autonomous-driving technology, with the first models to enter service in 2019.

“Our goal was from day one to make investments into a vehicle that could be manufactured at scale,” Jeff Miller, Uber’s head of automotive alliances, told Reuters. “It only becomes a commercial business when you can remove that vehicle operator from the equation.”

Removing drivers may spell economic disaster for the hundreds of thousands of people who drive for Uber and other ride-sharing services around the country, but it may also be an enormous boon for safety. And that’s because we humans are terrible drivers. The World Health Organization estimates that as much as 90% of all vehicle accidents originate with a mistake made at the wheel. And insurance companies are reporting that the rise of distracted driving is creating so many fender benders that current insurance premiums cannot keep up with the increase in accidents. So perhaps it’s time to make robots do the driving.

But can we keep the robots safe from us humans? Hackers have already shown they can access automobiles remotely, as in a famous 2015 experiment in which researchers showed that they could remotely switch off a Jeep traveling on a highway, with a driver at the wheel. And that prospect — that in a world of self-driving cars, someone might, say, direct all of them to drive to the same spot on a map—has automakers preparing to think about safety beyond door locks and air bags. “A cyber incident is not a problem just for the automaker involved,” GM CEO Mary Barra said at a 2016 Detroit automakers’ conference. “It is a problem for every automaker around the world. It is a matter of public safety.” And, if the industry is truly going to be able to make us safer inside self-driving taxis of the future, it’s a matter of public confidence.

The most immediate question for automakers will be one of liability. The current legal regime that governs questions of fault and insurance for drivers depends on the idea that the driver is responsible for what the car does. If drivers enter a car that promises to drive itself, they’ll doze off and look at their phones and otherwise become simple cargo. The company that makes or operates the cars will take on the liability for what they do. (Uber and Volvo say they’ll share liability for the operation of their cars under the joint venture, with Uber taking on the bulk of the responsibility, as it will be operating the fleet.)

What will insurance policies look like in the future? A shared policy among every person who gets into a robot taxi? A cost added to the price of the car? Perhaps the convenience of treating a car as a living room will be offset by the need to pay some company a little something extra for keeping us safe.

Photo thanks to Zac Ong on Unsplash.