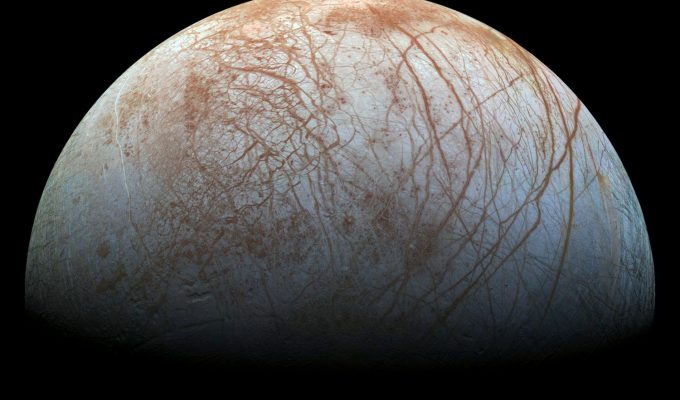 The search for E.T. is a source of unending wonder and frustration. The implications for virtually every aspect of our existence would be radical, but how do we search for something we have only seen once, here on Earth?

It’s not an easy question to answer but, astrobiologists–scientists who search for life in space–are not deterred. They’ve extrapolated from the one data point we have of life, Earth-based life, and determined a few criteria they suppose life anywhere might share. Out there, NASA is looking for life akin to what we already know down here, and the ingredients for that include “the proper chemicals, a consistent source of energy, and water.”

Let’s take these one at a time.

The proper chemicals: Not an issue–we’ve discovered methane on Saturn’s moon Titan and even amino acids, the building blocks of proteins, in the core of meteorites that have fallen to Earth. As Neil deGrasse Tyson pointed out in a NASA article, “the three most abundant, chemically active ingredients in the cosmos are also the top three ingredients in life on Earth.”

A consistent source of energy: The Sun is an obvious choice for this, and most of Earth-based life runs on energy from the Sun. However, Earth is the only planet in our solar system that sits comfortably within the “habitable zone”, a region of ideal distance where the sunlight is not too hot and not too cold. But the Sun isn’t the only possible source of energy for life–life on Earth can even exist near hydrothermal vents on the ocean floor, where sunlight does not reach. We are discovering more of these geological and chemical sources of energy, such as the active volcanoes on Io, one of Jupiter’s many moons.

So, that leaves water: Water is present on the Moon and on Mars, but in tiny amounts relative to Earth. Better candidates would be the icy moons of the gas giants, such as Saturn’s Enceladus and Jupiter’s Europa.

“It’s always going to be the water,” Rep. John Culberson (R-TX) told Miles in an interview. “That’s the secret and Europa has two to three times more water than all of the water on Earth, and the chemistry is right.” Culberson has been a champion of a mission to Europa for over a decade and, as chair of the House subcommittee that determines funding for NASA, he also has the power to make it happen.

“Life probably exists on Mars somewhere in a crevasse or down in a wet spot somewhere,” Culberson said, “but Mars is a very barren, very cold, very dry place.”

This begs the question: if following the water is the most likely way to reach extraterrestrial life paydirt, if you will, why has NASA launched more than two dozen Mars missions while sending precisely zero to one of these water laden icy moons?

There’s an old saying among space cadets; “no bucks, no Buck Rogers.” But the inverse is true as well: “No Buck Rogers, no bucks.” Mars may be cold and dry, but it is relatively close and can be visited by the descendents of Buck Rogers. With a growing push for a human spaceflight to Mars, the Red Planet is a tough destination for Europa to compete with.

“We’re not going to send humans to the surface of Europa,” NASA astrobiologist Kevin Hand told Miles. “They would die relatively quickly because not only is it cold and low pressure, but the radiation environment is going to cook you and then it’s not going to be pretty. It’s hard enough for robots to survive on Europa’s surface.”

Nonetheless, Hand is optimistic. He has to be: he’s the lead scientist planning a mission that aims to land a robot on Europa in the 2030s, a mission secured by Culberson’s work in Congress.

Culberson is a canny Washington player and a dyed in the wool space cadet. He has a good chance of winning this war of the worlds.

“Mars is a fascinating place to search for evidence of past life,” said Hand. But, if we’re serious about finding live organisms somewhere else in the solar system, Europa seems like the best bet. Tomorrow, NASA will hold a press conference to announce “new results about ocean worlds in our solar system.” Perhaps this will put more pressure on NASA to accelerate its programs set to explore those icy worlds instead of focusing solely on human spaceflight. We will be following along with some interest–as, no doubt, will Culberson.

For more about this story, tune into PBS NewsHour tonight for the weekly Leading Edge segment, hosted by our very own Miles O’Brien.