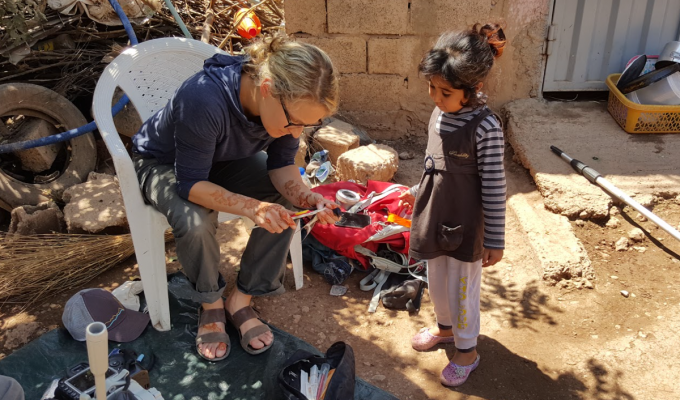 One of the most exciting parts of being a field biologist is starting a new season. In fact, we talk about “field seasons” with a special sort of reverence. After all, it’s when we leave our fluorescently-lit labs and go out into the real world–forests, deserts, oceans, wherever–and study organisms in their natural environments.

Why I love fieldwork

These concentrated blocks of fieldwork are when we get to test new ideas and hypotheses. We collect specimens, record observations, and conduct experiments, and then cart everything back to our labs for (less glamorous) statistical analyses and writing.

Doing fieldwork is like pressing pause on the rest of your life. The window of time during which most of us can be in the field is limited, so we work like crazy. This is exhausting, but also thrilling–it is one of the few times when you can spend every waking moment immersed in scientific inquiry. Email is blissfully ignored. Coffee and instant ramen are consumed in vast quantities. This is where the best stories, most memorable experiences, and greatest scientific insights originate.

As a PhD student and postdoctoral researcher, I spent eight field seasons catching birds all over Eurasia, India, and North Africa. However, I’ve been behind a desk for the last two years, wrapping up my postdoctoral research and starting a new faculty position at Cal Poly Pomona. Now I finally get to return to the field for my first project as a professor.

On our way to study Pacific swallows

I’m starting a new project on Pacific swallows (Hirundo tahitica), which live throughout southeast Asia and the Pacific. Over the next two months I’ll be traveling in Malaysia, Japan, and Fiji, catching and releasing birds and collecting their measurements and DNA samples.

I’ll be joined by Dr. Amanda Hund, a postdoc at the University of Colorado who studies how geographic variation in parasite communities contributes to population divergence in their hosts. Amanda is a great collaborator and friend, and will collect complementary parasite data from the swallows as part of her own research program.

The Pacific swallow is an exciting puzzle to solve if you are an evolutionary biologist studying how new species form.

The species varies in color and body size across its range, suggesting that movement is limited between island populations. It lives in close association with people, frequently building its nests under piers and on houses. And it may be expanding its range as humans have been modifying the natural landscape. My goal is to identify the processes shaping divergence and movement between populations–important components of how a new species forms. I am also keenly interested in understanding how humans may be affecting these processes.

Fieldwork is hard work, but rewarding

The logistics of organizing a field season like this can be daunting: I started planning this trip nearly a year ago, and we’re still waiting on some of the paperwork to come through. Fortunately, I have found excellent local collaborators. Researchers in all the countries we plan to visit are working with us, facilitating permits and finding students to help on the ground. My hope is that local Masters and PhD students will then start their own research on swallow behavior and breeding ecology.

I’ve never worked in Malaysia or Fiji before, so everything will be new. That’s exciting, but also nerve-wracking at times because so many things could go wrong.

I must confess, I have spent way too much time over the last few months worrying at 2AM: what if we don’t catch any birds? What if we do catch birds, but we don’t find any interesting variation? What if the birds don’t have parasites? What if something goes wrong with our permits and we can’t export our samples? What if we run out of funding? And of course, the more serious worries: what if we get injured or robbed or contract malaria or typhoid?

These concerns are omnipresent–working on new projects in remote places is risky and hard. Once, when I was leaving for a strenuous field season in India, my mother asked me “why can’t you ever do anything the easy way?”.

I told her the reward for doing something the hard way is well worth the struggle: you get the thrill of learning something new about the natural world that no one has ever understood before, and you also know that you really earned that discovery.

Ed. Note: Elizabeth Scordato is an evolutionary biologist at California State Polytechnic University, Pomona, studying how environmental variation influences the evolution of bird signaling and the formation of new species. She will be making a special exception to her “no email during field seasons” rule to update this space on how her Pacific swallow fieldwork is going. Please follow along!