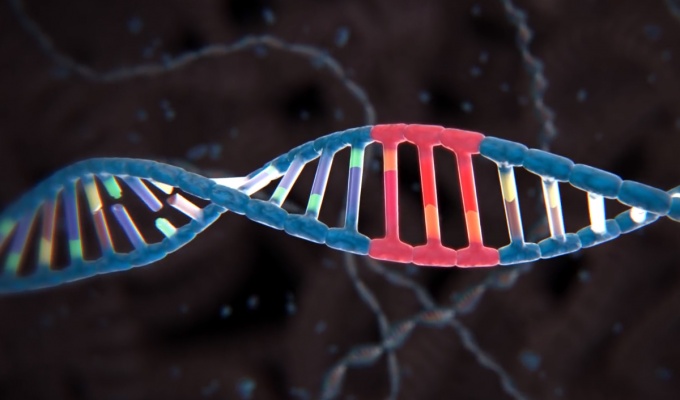 The year has been a major one for scientific milestones and research. As it comes to a close, PBS NewsHour takes a look back at some of the biggest science stories, for our weekly series the Leading Edge. Miles O’Brien and William Brangham discuss developments in the genetic engineering of humans, the realization of climate change’s immediate impact on weather and a new era of space exploration.

As the year comes to a close, it’s a good time for a retrospective.

And we wanted to review some of the more important events in the world of science in 2018.

Earlier today, William Brangham spoke with our science correspondent, Miles O’Brien, for a quick review of this remarkable year.

It’s part of our weekly series on the Leading Edge of science.

Miles, I guess we should start with what is arguably the most controversial science story of 2018, and that’s the news that, allegedly, two genetically engineered children were born in China this past year.

Can you explain this story and the controversy around it?

Yes, I think the lead came to us a little late in the year, William. This is a big science story.

It gives me equal doses of skepticism and, frankly, horror. A Chinese scientist by the name of He Jiankui took to YouTube to announce he used the CRISPR gene editing tool, which is essentially — think of it like microscopic scissors, allowing to you take genes, pull things out of a string of DNA, and inserting other genes into it, full-fledged gene editing.

He used that on some embryos of twin girls.

Let’s listen to him for a moment

Grace started her pregnancy by regular idea IVF, with one difference. Right after we sent her husband’s sperm into her egg, we also sent in a little bit of protein and instructions for a gene surgery.

When Lulu and Nana were just a single cell, this surgery removed the doorway through which HIV enter to infect people.

So can you tell us a little bit more about what it is that he actually allegedly did?

Allegedly, he went after the gene that is responsible for a protein that HIV uses to infect a human being. So, in theory, if what he says is true, these two young girls would be resistant to HIV.

Now, He didn’t really release the full data. He didn’t run this by his university. It appears he didn’t even tell the parents fully what they were getting into. The thing may not have worked, as far as we know.

And I should also note that He has not been seen in public since that conference. He did tell us, though, that there is another child being carried to term that has been edited in some fashion, although we don’t know much about that.

So, suffice to say, it’s sketchy. We should keep our skepticism levels very high here as to what he’s accomplished. But I will tell you this. It has caused a huge controversy in the scientific community, because what He has done, if he did what he says he did, has crossed a big red ethical line, because these changes to their genes are hereditary.

In other words, they’re permanent changes introduced into the body of human beings. And that has all kinds of potential consequences. And we will be watching this closely next year for sure.

This year, we saw an increasing series of very dire warnings about climate change. It’s something you and I have both reported a great deal about.

The U.N.’s intergovernmental report indicated that climate change is accelerating. We saw the federal government issue its own very stark warning. Carbon emissions, we know, are on the rise and are at record levels.

And we saw some very tangible impacts of climate-driven disasters here in the U.S.

Yes, William, you know, you and I have been reporting on this subject long enough to remember the days when we were talking about something that would happen in the future and might be affecting polar bears right now.

But now it’s affecting all of us. Climate change is here. It’s here and now. Its impacts are being felt in so many ways. And one common theme which persists is our slow reaction as human beings to do something about it.

I found myself in the midst of the epic Camp Fire while shooting a film for “NOVA,” which will be coming up in the spring. And more than 80 people died there. Thousands of structures were destroyed.

There is a big, key component that is related to climate change.

I saw a lot of that damage in Paradise just a few weeks ago, and, as you say, it is truly devastating.

Earlier this year, I was also down in Florida looking at another — the devastation from another likely climate-driven disaster, and that’s the hurricanes that struck Florida this year.

Yes, I guess we have been tag-teaming this story.

The Hurricane Florence, which I had the opportunity to fly with the National Oceanic and Atmospheric Administration right into the eye, at that time, it was just developing right near Bermuda, give or take.

And one of the things they’re very interested in is this idea of rapid intensification. The models we have right now are relatively good at predicting where a hurricane might hit, but scientists don’t really understand why hurricanes can quickly go from something that’s not so strong to something that’s really strong, which is what we saw with Hurricane Florence.

The other thing we saw with Florence and we saw, of course, with Harvey the year before is this incredible amount of rainfall associated with hurricanes.

Let’s listen for a moment to hurricane scientist Hal Needham.

The really extraordinary thing about the storm wasn’t the wind category when it hit the coast. It was the fact that it stalled out, enabling it to dump days of tremendous rainfall in places like North Carolina.

And so there’s a growing body of evidence that this may be related with climate change.

OK, Miles, let’s leave this stormy, overheating planet of ours and head to, I know, one of your favorite places, outer space.

News this year that there was water found on Mars.

Yes, I want to tell you about three quick missions that got my interest.

Number one, Mars Express, European orbiter around the planet, used a ground-penetrating radar, discovered an underground liquid aquifer on Mars. Wherever we have liquid water on this planet, no matter where you go, you find life. So that’s an interesting one.

Number two, the InSight lander landed at the end of November. NASA’s Jet Propulsion Laboratory pulled it off once again. InSight is going to use a sophisticated seismometer and other instruments to also look beneath the surface of Mars, try to characterize its core, among other things.

And then my third favorite mission is OSIRIS-REx. That is a little spacecraft that just arrived at the asteroid Bennu. Bennu is about the size of the Empire State Building. It could potentially collide with us over the next 200 years. So, it’s a good idea to understand what it’s doing up there, what its orbit is.

Eventually, the team would like to bring back a sample from Bennu to do some sophisticated laboratory tests here on the ground. But what’s interesting is, they already found the presence of water on Bennu, not liquid water, but inside clays.

And so, William, if you’re thinking about extending out human presence into space, hydrogen and oxygen in water, that’s rocket fuel. And so that could be a filling station to the stars for us.

And I will leave it at that.

Miles O’Brien, as always, thank you so much.