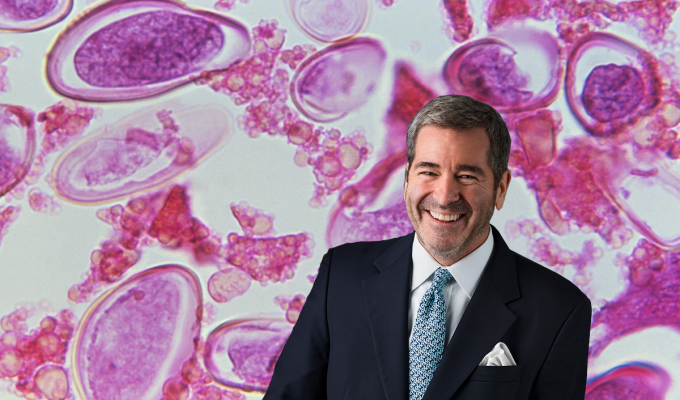 News from the front lines of the fight against superbugs is not good, folks. A new report out this week shows that total antibiotic consumption by humans around the world has gone up 65% from 2000 to 2015. The increase was primarily driven by low- and middle-income countries, where rising GDPs allow more access to antibiotics. This is great in the context of curing deadly infections, but as we found that antibiotic overuse is the primary driver of antibiotic resistance, this global increase in usage will likely drive the evolution of more superbugs.

This is only part of the equation, however, since most of the use of antibiotics is actually in livestock operations, which this report did not include. “Much of this use is to make food animals grow faster or to compensate for overcrowded and dirty living conditions,” microbiologist Dr. Lance Price wrote for us. “This breeds drug-resistant bacteria, or superbugs, that can end up in our air and water, in our meat and poultry and, ultimately, in us.” Some farmers are recognizing this and are raising their animals without unnecessary antibiotics–I recently visited Russ Kremer in Missouri, who is doing just that. To get more background on this pressing issue, watch our whole Stopping Superbugs series with economics correspondent Paul Solman.

Here’s my latest coverage of antibiotics for the PBS NewsHour, focusing on the new paper:

A new organ in the body has possibly been discovered, and it might be the biggest one yet! Called the interstitium, the structure is an interconnected pathway of small, fluid-filled channels that connects cells throughout the body, sort of like the lymphatic system. These fibrous tendrils defied characterization for many years because these channels would collapse after tissue samples were taken from a body–scientists were able to see them now with a novel fluorescent microscopy technique that allowed them to image tissue samples in living patients. The scientists posit that the interstitium could act as a hydraulic shock absorber for the body, as well as play an important role in the movement of pathogens throughout the body.

NASA announced on Tuesday that the James Webb Space Telescope, the successor to the Hubble, will be delayed another year, until at least May 2020. The project is also expected to shoot past its $8 billion cap imposed by Congress. The telescope and the spacecraft are finished, but integrating the two systems has reportedly been a challenge for Northrop Grumman, the contractor for the project. To put it bluntly, parts have broken during testing. We need to make sure we can get this new, powerful telescope up as soon as possible, considering that the Hubble will have to be retired likely early in the 2020s. As I’ve said before, we need it to find aliens! (Or, at least, investigate promising alien worlds…)

New analysis shows that the mismatch of university class schedules and students’ circadian rhythms negatively impacts academic performance. First, scientists compared the times that almost 15,000 Northeastern Illinois University students logged into school’s online platform on days when they had class and days they didn’t, determining the students that shift their schedules the most in what’s known as “social jet lag”. Then, they compared this metric of social jet lag to how the students were performing in those classes. The analysis showed that 60% of students have to shift from their circadian rhythms by more than 30 minutes–and the more the students shifted, the worse their grades. Almost half of the students worked earlier on class days than on off days… perhaps it’s time to change college schedules to favor later times of day?

A new initiative is trying to tackle the persistent problem of lead in the drinking supply. “We are the first and only water bottle on the market that can take lead out of the water,” says James Thompson. He’s CEO of a company called Halosource, which created astrea, a lead-filtering water bottle. Lead in the water is unsafe at any level and causes lasting neurological damage, especially in children.

The disaster in Flint put the issue at the forefront of public health discussions. Since then, thousands of areas around the U.S. have been found to have even higher levels of lead than Flint. This contaminant leeches in from lead water pipes, and replacing that crumbling infrastructure would likely take decades and billions of dollars. While we wait, says Thompson, “this is a $40 bottle that you can hand to your child. Wherever they go, you know they’re going to have safe water.” The astrea team is running an Indiegogo campaign right now, and hopes to deliver its first bottles in the summer. To learn more about lead contamination, check out my report for the PBS NewsHour: