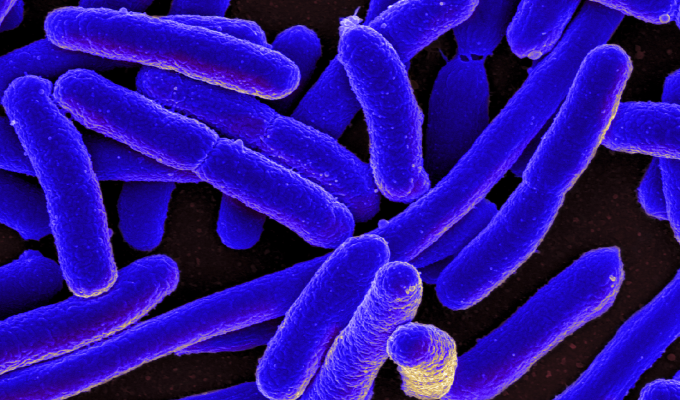 We humans are visual beings–it’s much easier for us to care about something if we can see it happening. When we speak of global warming and climate change, no doubt the first images that pop into your head are tremendous icebergs calving off of ice shelves, Miami underwater, and emaciated polar bears teetering on tiny ice floes.

But the invisible effects of climate change will perhaps be the most consequential.

Our world is run by invisible beings… bacteria. “We live now in the ‘Age of Bacteria,’” famed paleontologist Stephen Jay Gould once wrote. “On any possible, reasonable or fair criterion, bacteria are–and always have been–the dominant forms of life on Earth.” These microscopic critters created the atmosphere as we know it today and still pull nitrogen out of the air to help fertilize plants. So, it behooves us to study how climate change will impact this supremely important ecological niche.

Already, scientists have discovered some alarming trends. Ancient bacteria that cause anthrax and bubonic plague are waking up as the Siberian permafrost that encased them melts. Expanding oxygen depleted zones in the world’s oceans are becoming breeding grounds for SAR11 bacteria, which hoards the already miniscule amounts of nutrients in those areas. And now, we have another bacterial plight to worry about, one that hits even closer to home: the gut microbiome.

“We are only now starting to understand the importance of gut microbiota in the physiology of all species, including humans,” Dr. Elvire Bestion of the University of Exeter said in a press release. “These bacteria are linked to everything from digestion to immunity and obesity.”

Bestion is lead author of a study published last week in the journal Nature Ecology & Evolution showing that warming climates wreck havoc on the gut microbiome of the common lizard–2 to 3°C increases in temperature killed off about a third of their gut microbes. These lizards, having lived in warmer enclosures for a three month stint, also had less diverse gut microbiomes compared to their cooler compatriots. Some of the most crucially beneficial bacteria was the first to go.

The researchers are not sure what the mechanism for this change is, but the implications reach further than the microbes themselves: those lizards with depleted gut microbiomes were more likely to die a year later.

Still, Bestion is interested in exploring the connection: “The gut is the latest health craze in humans–with everything from probiotic yoghurts to faecal transplants being marketed–but almost no studies have been done on how the changing climate will affect these microbes.”

The lack of studies on this subject highlights the lack of research in general on the impact of climate change on bacteria. Bacteria are extreme survivors and will likely adapt to a warming world, no doubting profoundly changing it along the way. Will we be able to survive with them?