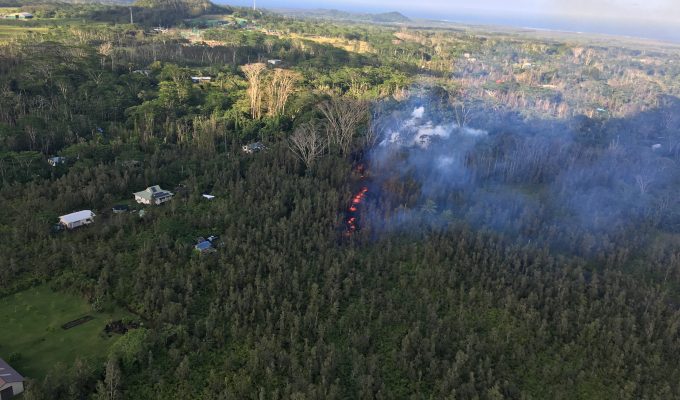 On Thursday, Hawaii’s Kilauea volcano trembled and a new rift opened up in the small community of Leilani Estates, spewing lava into the air like a fountain and forcing evacuations.

No injuries are reported and a state of emergency has been declared.

Earlier in the week, a nearby volcanic crater vent collapsed, putting the world of Hawaiian volcanologists on edge. Seismic activity continues, and there are reports of high levels of sulfur dioxide in the area.

Although Kilauea is one of the world’s most studied volcanoes that has been steadily erupting since 1983, it is still hard to predict when and how it is going to erupt.

Miles visited Kilauea a few years ago and learned about the volcano’s history from University of Hawaii’s Mike Garcia as part of the NSF Science Nation series and our PBS NewsHour reporting. You can watch those segments below.