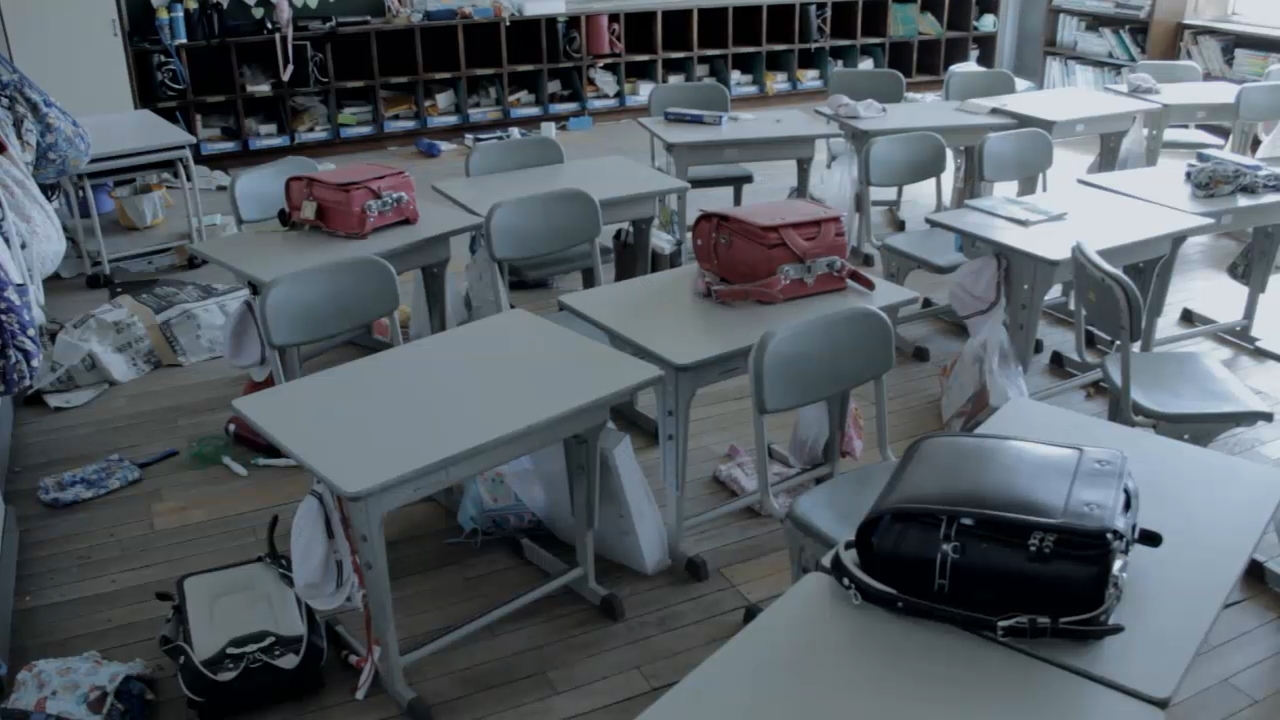 A significant moment in Fukushima’s recovery occurred last month and it had nothing to do with removing melted cores or stemming the rise of contaminated water.

Twelve miles south of the Fukushima Daiichi nuclear power plant, 105 grade schoolers returned to classrooms in the town of Naraha.

While we might imagine that a nuclear meltdown is akin to a localized apocalypse, the most real and lasting damage is not from radiation exposure but from the psychological scars the accident leaves on those involved in and displaced by it.  Returning evacuees and restoring communities in safe areas is a huge step toward healing that mental trauma.

Consider these numbers: over 15,000 people were killed by the immediate effects of the earthquake and tsunami – mostly the tsunami.  After the meltdowns began, around 2,500 people died as a result of the evacuation, mainly the sick and elderly.  Yet nobody either at the plant or in the surrounding area was killed as a direct result of exposure to the radiation released from the core meltdowns.  And nobody has died since.

But what about the future?  Obviously we can never know for sure but thanks to Fukushima Medical University’s long term health study, we have a better idea of how much radiation people were cumulatively exposed to over a four month period beginning on March 11, 2011, the date of the earthquake.  Their study found that 99.8% of the nearly 460,000 people outside the plant exposed to radiation from the accident received less than 5 milliSieverts (a Sievert is a measure of radiation’s effect on the body) while the average exposure was less than 1 mSv.

To put that in perspective, since normal background radiation is higher at higher elevations, someone living in Denver during that same four month period would receive about 4 mSv.  (In case you’re wondering, cancer rates in Denver are not higher than the national average, they’re actually lower.  In fact multiple studies have shown that worldwide, people living at higher elevations have lower cancer rates–but the jury is still out on the cause.)

So at those radiation levels are people exposed at higher risk of developing cancers?  Because of long term studies of Hiroshima and Nagasaki survivors conducted by the Radiation Effects Research Foundation we now know that any radiation exposure exceeding 100 mSv a year increases the risk of developing cancer.  Below that threshold, their study finds no scientific evidence of additional adverse health effects.  That puts the entire exposed population well under the cancer threat level of 33 mSv over four months.  In fact, they found that outside of the plant, even the highest exposure, 25 mSv, was still below that level.

For that reason the Fukushima Medical University study concluded that “radiation doses estimated so far are unlikely to cause adverse effects on health.”  Those outside the plant will not see any rise in future cancers due to radiation exposure from the meltdowns.  It may seem an unbelievable conclusion given all of the hype surrounding Fukushima, but consider a long term United Nations examination of radiation exposure from Chernobyl, a much larger and far more widely devastating nuclear disaster.  The UN report 20 years after the accident found that almost no one outside of the Chernobyl facility at the time of the accident has any significant long term risk of developing cancer as a result of radiation from the explosion.

The problem is that while we’re focused on radiation and cancer rates, we’re missing the real tragedy. The long term mental health effects of the Fukushima evacuee population puts that tragedy into sharper focus.  The year after the accident, evacuees with signs of PTSD rose from an average of 1.3% to 21.6% while those who sought help for depression or anxiety rose from 3.0% to 14.6%.  These mental health problems take a toll on the body as well.  Levels of obesity, diabetes and hypertension among the evacuee population rose dramatically after the accident.  Fortunately, these levels have been decreasing over time but they still remain well above pre-accident levels and the national average.

Unfortunately, one disturbing trend is not declining.  Despite a surprising drop in the two years after the accident, suicide rates in the prefectures are on the rise.  The initial drop was likely because of all the immediate attention and support, but starting in 2013, as support services and attention faded away, suicide rates began to rise.  They continue to rise and exceed pre-disaster levels, which is especially concerning considering that Japan has one of the highest suicide rates in the world.

There are many ways that the accident disrupted lives and families but it’s safe to say that the longer evacuees remain displaced, the more hope they lose of ever being resettled.

While the return of school children to a safe area is a sign that things may be moving in the right direction for the future of Naraha, we all know the problem is far from being solved.  Despite everything I’ve mentioned above, the level of fear combined with the lack of trust in government, industry, and science far outweigh the facts.  And to make matters worse, the stigmas associated with radiation exposure in Japan, a culture scarred by its effects many times over, are deep and pervasive.  Still, our fear of radiation is completely out of proportion to the direct risk it poses to our health. That fear is literally killing us.

As I’ve written before and as we discussed in our NOVA: The Nuclear Option, the arrogance of the nuclear industry itself is largely responsible because it didn’t feel it was necessary to clearly and widely communicate the known risks of radiation.  That void was filled with apocalyptic novels, movies, and TV shows that scared a generation away from nuclear energy.

I’m not at all suggesting we should ignore the very real dangers of ionizing radiation or downplay the seriousness of nuclear disasters.  But we need to be clearer about where most of the danger actually lies.  Right now the thresholds we perceive for that danger are completely off and the consequences are lethal.  We need to know a lot more about the long term effects of living with low level radiation.  It is difficult work with significant challenges but it can be done.  And we need to spread that knowledge in a clear, wide and engaging way.

This work is not only vital for nuclear energy and the future of clean energy, it concerns human space exploration and our existence right here on earth.  Whether it comes from the sun, the earth, an x-ray or inside our very own bodies, low level radiation is a part of our world and our life.  The sooner the Japanese and the rest of us align our fears of radiation closer to our known risks, the healthier and happier we’ll all be.