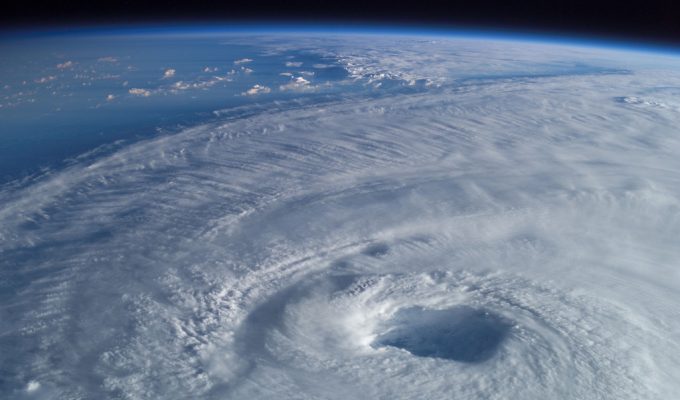 Bracing for another hurricane season

June 1st marks the beginning of hurricane season, one which NOAA forecasts to likely be “near- or above-normal.” Of course, after last year, we wonder if there may be a “new normal” to get used to. 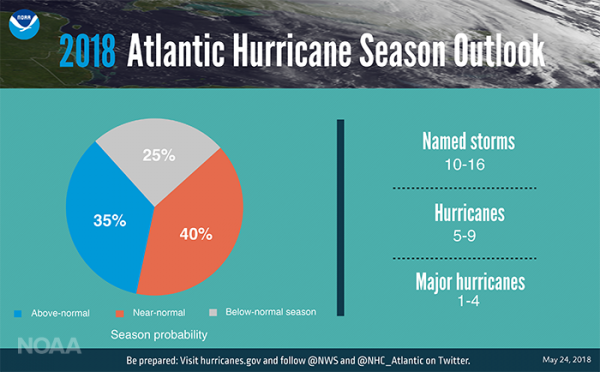 In Puerto Rico, Hurricane Maria killed more than 4,600 people–according to a new study published this week. The official death toll, however, stands at 64. Accurately tallying deaths associated with hurricanes of this magnitude is a big challenge. The confusion and chaos a natural disaster causes always clouds the picture. Addressing the widespread devastation left behind seems to be just as difficult as forecasting these hurricanes.

Understanding how climate change affects these storms could help forecasters better predict them and allow residents to plan accordingly. We are following this aspect of climatology closely, and will continue our in-depth look at the science of climate change this year–just like we did when Hurricane Harvey pummeled Texas last season:

How do Pluto’s dunes work?

Scientists are pretty certain Pluto is a nonsmoking (former) planet.

In a new paper, researchers posit that the dunes captured in photos by the New Horizons spacecraft are made of grains of solid methane.

The dunes are just one of the rugged and varied features on the surface. Check out some of the stunning visuals in my Pluto moment on PBS NewsHour:

Despite being made of methane ice grains and not sand, these dunes share many similarities in size, shape, and orientation to dunes here on Earth.

The way they are formed, though, is a little different. Here on Earth, sand is picked up and sculpted by winds. On Pluto, the winds can also carry and sculpt methane dunes, but not in the way you might suspect. It turns out Plutonian winds are too weak to budge grains to begin with.

So how does the wind change the landscape? The researchers suggest there are other gases in solid form, like nitrogen that give the methane a boost. When solid nitrogen gets warmed up enough by the distant sun, it changes phases–straight from solid to gas.

It’s called sublimation and when it happens right below a grain of solid methane, the expansion of the nitrogen gas pops the methane grain into the air.

So what looks familiar is actually created by something very strange. A sublime finding indeed.

On Thursday and Friday, the 44-member Science Advisory Board (SAB) of the EPA is meeting for the first time since EPA head Scott Pruitt made a stunning announcement last year: scientists serving on the board cannot be receiving EPA funding at the same time.

As a result, a half-dozen members were dismissed. Eighteen new members filled those slots–and some others vacated by unrelated turnover. Many of the newbies have made their bones questioning “mainstream science, are funded by industry, or have actively opposed the very mission of the EPA,” writes Genna Reed for the Union of Concerned Scientists.

This is all a continuation of the attack on science that Pruitt is leading at the EPA, one we profiled from the beginning with his firing of other science advisors. You can watch that PBS NewsHour segment below:

Looking at the agenda, here are some highlights of what is to be discussed:

Stay tuned for more on this one. It is “developing,” as they say.

Can parasites adapt to different environments?

Scientists have discovered that an ant-controlling parasite is able to adapt to change its host behavior to better suit a different climate.

But before we dive into that, you just have to hear a little more about this creepy parasite–it sounds like a monster straight out of a B-list horror movie.

There are several species of fungus that control an ant like a puppet. Once an ant is dusted with these uber-aggressive fungi spores, the ant is doomed as the spores grow inside the unsuspecting critter.

Here’s the grim details for ants: a network of fungal cells wraps around muscles throughout the insect’s body, eventually taking control of its movement. As was discovered last year, the fungi completely bypass the brain, making the ant a passenger in its own body–an insect version of the movie Get Out.

As parasites are wont to do, the fungi suck nutrients from their host. Then, when the fungi are ready to reproduce and since they are in control, they force the ant to climb to the underside of a leaf, latch on with its mandibles, and die. The fungi then sprout a stalk out of the dead ant’s head, releasing spores that can easily drift down from the suspended carcass in the hopes of starting this terrifying tale of life, possession, and death all over again.

Anyway… what were we talking about again? Right: climatic adaptation.

In a new paper, researchers decided to compare how these infected ants acted in different environments.

In the tropics, where the trees are evergreen, the leaf-biting behavior is prevalent. But, the scientists found that in temperate forests, where there are many deciduous trees, the fungi actually forced ants to bite twigs and not leaves. Crafty fungi they be.

Since the twigs stay once the leaves fall off in temperate forests, the scientists suggest that the fungi have evolved a way to make sure they stay aloft when their hosts dies.

So, not only are these fungi turning ants into zombies, they can change their tactics when faced with a different environment. Yikes. Killer fungus! Working on a treatment for a bad movie now.

Behind-the-scenes and a fond farewell

If you want to hear the backstory of our investigation that led to our junk news series for PBS NewsHour, I have just the podcast for you.

I sat down with series producer Cameron Hickey for my latest episode of Miles To Go. Check it out below!

With the success of the junk news series under his belt, Cameron is taking his NewsTracker software to the Shorenstein Center at Harvard University.

If you’ve watched any of my stories over the past 10 years, you’ve seen a lot of Cameron’s video and producer work. He has been a fantastic colleague who has become a great friend. I will miss working with him regularly, but am heartened by the fact he will be nearby and he will no doubt have some good ideas for collaborations in the future.

Still, it is the end of an era. I will miss him. Godspeed to him as he writes his next chapter.

By the way, if you want to get this roundup and other news earlier, sign up for my newsletter: