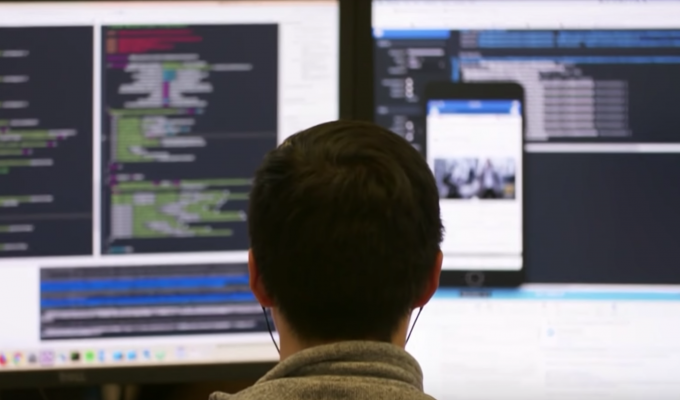 Junk news, fake news, misinformation–whatever you choose to call it, the internet seems to be awash in these fallacious stories. Top US intelligence agencies have agreed that the organized spread of this misinformation over social networks like Facebook allowed Russian state actors to exert influence over the 2016 US Presidential election.

After that election, I decided to investigate the world of online misinformation. With producer Cameron Hickey, we have dug deep and managed to untangle some of these issues. Here is our first installment of a four-part series for the PBS NewsHour about how junk news spreads, who creates it, and what social networks can do about it:

More to come on this front next Wednesday, please tune in.

We’ve also been diving even deeper on the topic of junk news on the recent episodes of my podcast, Miles To Go.

Now, false or misleading news, or what you might even call junk news, and the challenge of combating it.

Since the 2016 election, we have all become more aware of the problem. Initial efforts to stop it or slow it down have had mixed results, at best.

Today, France’s President Emmanuel Macron told a joint session of Congress that false news is an ever growing virus that threatens to corrode the very spirit of democracy.

Facebook is front and center in the effort to address the issue.

And, tonight, Miles O’Brien begins a four-part series spread over the next four Wednesdays about the larger problems, including at Facebook, part of our weekly segment on the Leading Edge of technology.

At Facebook, the scale of everything is hard to grasp. The largest building at its headquarters in Menlo Park, California, spans a quarter-mile, and sits beneath a lush nine-acre rooftop park. It’s vast, built into the landscape, and growing fast, much like the force of human nature they curate inside on the largest open floor plan in the world.

This entire area is the News Feed team.

Sara Su is a product manager on the News Feed team. She gave me a rare glimpse of the inner workings of the space on Facebook where users spend most of our time. These are the trenches in Facebook’s battle against misinformation that began after it hit the 2016 presidential election like a tsunami.

So, over here, we have a lot of the team that works on misinformation and working with our third-party fact-checking partners to identify and take action on potentially false news.

With more than two billion monthly active users uploading 300 million photos a day, sharing more than a half-million comments a minute, it is simply impossible for humans to keep up.

So, decisions here are made by machines running a complex formula, an algorithm, which Sarah Su and her team are constantly tweaking, trying to teach the software what is false, or enticing, yet unfulfilling spam called clickbait, and then send it to the bottom of the virtual pile.

We work really hard to come up with these techniques that can identify what is likely to be clickbait and then show it lower in people’s news feeds.

If it shows up lower consistently, it gets less distribution overall, then spammers see less of an economic incentive. And the goal is to reward the types of content that are actually leading to good experiences and disincentive the bad.

Is that working, you think?

It is, and we’re doubling down on it.

But during our visit, the team was grappling with a particularly mean-spirited piece of false news, that David Hogg, a survivor of the Parkland High School shootings in Florida, and a now gun control advocate, is a so-called crisis actor.

The algorithm did not flag and lower the ranking of this piece of false news. In fact, it had gone viral and rose to the top of trending stories.

Research scientist Shaili Jain is trying to understand why.

I supposed the other factor is, once you kind of home in on whatever it may be, they just change their tactic, right?

Right. It’s a bit of a cat-and-mouse game, that we try to find the bad guys. They enhance their strategies.

The bad guys are constantly looking for ways to fool Facebook’s News Feed algorithm, which learns in great detail what we like, and then strives to give us more of the same.

We take all this content, and, honestly, for most people on Facebook, there’s about 2,000 stories that you would get altogether, that total inventory of things that we might show you.

Dan Zigmond is the director of analytics for the News Feed. He explained how it works.

Two thousand is the average, but most people, they’re only looking at, I don’t know, about 200. And so there’s some line here, and most people don’t scroll beyond that.

So every item gets a ranking based on the way you use Facebook. That makes it sound more simple than it is.

And each of those rankings would give you a slightly different order.

And so they do a little bit of each. The algorithm blends all of these criteria. What we see at the top of our feed, in theory, should be a representative sampling of all the things we are interested in.

And that’s the rub. There is mounting research that suggests we are much more likely to read, like and share misinformation, because it is designed to target our emotions.

One of the issues we face is that misinformation is often very engaging. So, people don’t create a lot of fake boring stories. In general, if they’re going to go through the trouble of creating a fake story, it’s about something really interesting and exciting.

Fiddling with this is tricky territory for Facebook, because its business model depends upon engagement. Our attention is the commodity it sells to advertisers.

Could be bad for business, couldn’t it?

Well, I personally feel really strongly that there won’t be a business unless we have a place where people can have good experiences, and so that’s what I really think about first.

But critics are skeptical the flood of falsehoods can be dammed by simply changing formulas. They see a fundamental conflict at Facebook.

The problem is a business model that creates incentives for you to manipulate the emotions of the user and to make them vulnerable to manipulation by third parties or bad actors.

Silicon Valley entrepreneur Roger McNamee was an early investor in Facebook and remains a stockholder. The social network’s key role in spreading misinformation has turned him into a vocal critic.

Whatever provokes a religion or anti-immigrant, whatever the issue is that gets people into that emotional state, is what Facebook is looking for.

And so what they figured out how to do was to take the News Feed, the core messages that you see, and to tailor them to provoke the outrage cycle at a predictable interval.

And politics is an ideal topic to spark that outrage.

The 2016 presidential election became the perfect misinformation storm, fueled by hyperpartisans, profit-seeking spammers and Russian trolls meddling with our democracy. And as worrisome as it is in the U.S., in many countries where Facebook is the Internet, authoritarian rulers have spread misinformation to incite violence against minorities and political foes.

But for all the smoke, it is hard to find the fire.

Cameron Hickey is the producer of this series. He began his career as a computer programmer. This came in handy as we started digging.

It was really clear that, in order to get a handle on it, we had to do some data journalism. And so I started building this tool to understand the scale of the problem, look at the various places where it was coming from, just so we could understand it.

And then he wrote a program to help the “NewsHour” investigation. He calls it NewsTracker, and it will soon be used by Harvard University to research misinformation online. Hunting for wily spammers is akin to a game of Whac-A-Mole. They change their domains with astonishing speed, but Cameron noticed they don’t change their Facebook pages.

After all, that is where they gather their audience. So he focused on Facebook.

And so what turns out the key to finding the next source is this woman. She is my grandmother.

Her name is Betty Manlove. She is an 86-year-old Christian conservative Trump supporter. She lives in Indianapolis.

Unbeknownst to her, she has liked more than 1,400 partisan, hyperpartisan, spam and even Russian disinformation sites. Her News Feed is filled with junk news, as her grandson describes it.

These were the leads he was looking for. Now, after more than a year of work, NewsTracker is offering a real-time dashboard to better understand the nature of the problem of junk news.

One of the things that I discovered really early on in looking through all these junk news sites was this pair of sites, Truth Examiner and Truth Monitor.

They are virtually identical sites, one catering to liberals, the other to conservatives. He confirmed one person owns both and began watching.

And it was at that moment where I was like, I got to know what’s happened here. Why did this shift happen?

And so I actually reached out to the publisher and called them up and said, I want to understand what you’re up to. And, to my surprise, he responded.

And so began a long, strange trip that led us to one of the most prolific purveyors of hyperpartisan content in the world, not in Macedonia or St. Petersburg, closer to home, in California.

In coming installments, you will meet him and Cameron’s grandmother, and see the problem of junk news through their eyes. And, finally, we will take you back inside Facebook to see how they are redesigning the News Feed, employing third-party fact-checkers, and using artificial intelligence to solve a problem that may be too hard for humans to grasp.

And one other note:

For all of the anger around Facebook, its ad business has not suffered. The company reported today that it earned almost $12 billion in revenue for the first three months of the year. That is close to 50 percent more than it earned for the same period last year.

We will also have more about the NewsTracker project, as you just heard about, and how it came to be. That’s on our Web site.