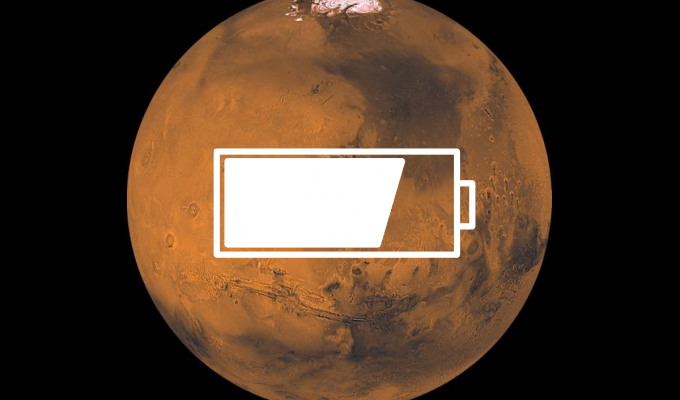 New research published this week is refocusing attention on the polar jet stream and its impact on climate change. Renowned climate scientist [and good friend] Michael Mann co-authored a paper showing that the effects of a slow, meandering polar jet stream are poorly captured in today’s climate models.

A weaker jet stream can hold weather patterns in place for long periods of time–exactly what happened this summer, from record-setting heat waves in North America to massive flooding in Japan. Understanding how this jet stream gets stuck in a more wavy pattern could help us project the increase in future extreme weather events.

The problem Mann and his colleagues found was that many individual climate models disagree on how the jet stream patterns may change in a warming world. So, they ran it on many different models and found that most point to an increasing rate of erratic jet stream behavior.

From this analysis, they were also able to extract a silver lining: if we are able to rapidly decrease our use of fossil fuels, the jet stream should strengthen again.

A strong polar jet stream thrives on a big difference between Arctic and midlatitude temperatures, so curbing greenhouse gas emissions should re-establish a bit of this temperature gradient and, possibly, lower the rate of extreme weather events we are experiencing.

The science is becoming clearer–but how to convince folks to take action? Well, that’s another main goal of Mann’s: spreading the gospel of climate change. You can learn more by listening to a recent episode of my podcast Miles to Go featuring Mann and Washington Post cartoonist Tom Toles, co-authors of The Madhouse Effect: How Climate Change Denial Is Threatening Our Planet, Destroying Our Politics, and Driving Us Crazy.

In a nationally representative survey of over 1,000 participants, researchers have found that Americans consistently underestimate the concern for and impact of environmental conditions prevalent on racial minorities and lower income Americans.

This is worrisome because, although everyone is affected by climate change, those who are hardest hit are frequently the least fortunate among us. This became particularly clear to me when we were working with the environmental advocacy nonprofit Clean Air Carolina recently to tell stories of how climate change is affecting diverse communities across the state of North Carolina.

If you want to learn more about how climate change disproportionately affects racial minorities and lower income Americans, we talk about that and more on my newest episode of Miles to Go, with Clean Air Carolina Executive Director June Blotnick.

Scientists have published research that explains how the organic, carbon-rich, complex molecules found in martian meteorites were likely formed.

Unfortunately, it’s not extraterrestrial life, though it could be the next best thing: batteries.

Using a plethora of advanced analytical techniques, the team was able to determine that the complex molecules found in meteorites from Mars–also found on the Martian surface by NASA’s rover missions–were created by electrochemical corrosion of rocks facilitated by salty water. That’s similar to how batteries work, so the team has framed the finding as a sort of natural battery.

“The discovery that natural systems can essentially form a small corrosion-powered battery that drives electrochemical reactions between minerals and surrounding liquid has major implications for the astrobiology field,” said lead author Andrew Steele in a press release.

The team thinks these kinds of natural battery reactions could be prevalent across worlds like Europa and Enceladus. Could the energy they release sustain some sort of life? Or might they recharge the iPhones of future spacefarers? Only more sampling of Mars and other celestial bodies could give us the answer–a focus of a yet another Miles to Go episode with Steve Squyres, lead scientist for the Spirit and Opportunity Mars rovers.

And there is word of an exciting breakthrough in medical science this week: three paralyzed patients were able to regain control of their legs with a new type of spinal cord stimulation.

Previous research has shown that implanting an electrode array and stimulating the nerves of the spinal cord allows a paralyzed person to coordinate with a computer to move their legs. This takes months of training, along with intense physical therapy.

The new method is kind of a “less is more” approach. Instead of continuously stimulating the nerves, this implant sent targeted pulses that mimic how the brain recruits muscles to walk. These patients were able to regain control of their legs much faster–on the order of weeks instead of months. Still, even using this method, a lot of intense physical therapy is necessary to retrain the body.

A particularly standout part of this research is that this system felt more natural to patients. The current state of the art, the continuous stimulation, is like a flood of electricity sent downward–any return signal from the legs is drowned out. In this new system, the targeted and pulsed stimulation is more of a trickle, so nerve signals from the legs can feed back up to the brain.

In other words, the patients were able to feel their legs responding, which made it easier to control compared to the continuous spinal stimulation, which patients on a press call said “blocks my legs” and “didn’t feel right.”

I had my own taste of how important this feedback feeling is to regaining lost functionality when I tried on an advanced robotic arm a few years back for a PBS NewsHour segment.

Our friends at the Natural Resources Defense Fund (NRDC) recently released their annual report of how the US restaurant industry is sourcing its meat, and whether it has been raised with antibiotics or not. This year, they chose to rate the nation’s burger chains–and the report card is not one you’d like to bring home:

So, what’s their beef? Well, while the restaurant industry has been improving its sourcing of antibiotic-free chicken, the same attention is not paid to using antibiotic-free beef.

This poses a threat because the overuse of antibiotics is driving the superbug epidemic, which kills 700,000 people globally every year. These dangerous bacteria don’t care if the antibiotics they encounter are in the ICU or on the farm–they can develop resistance and then spread it.

If we want to slow the spread of superbugs, we’ll need to really focus on large livestock that lives longer and uses more antibiotics. Watch my PBS NewsHour report on how the pork industry is approaching this issue: