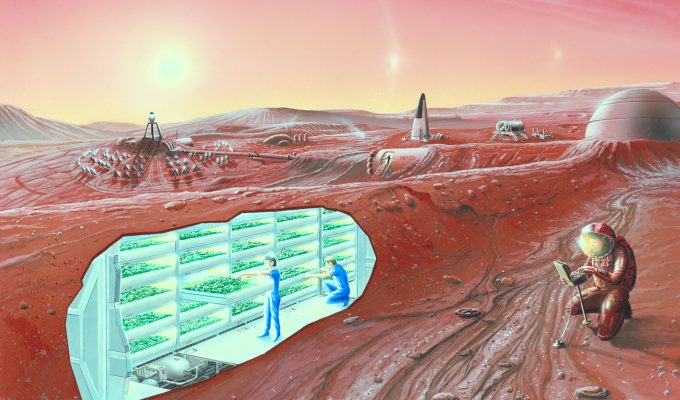 This week, we aired the final installment of our four part series shedding light on the murky world of junk news for the PBS NewsHour.

Producer Cameron Hickey and I began our journey at Facebook Headquarters in Menlo Park, California. There, we learned a bit more about how the News Feed works and what the company is trying to do to keep misinformation and other junk off of it.

Then, we tracked down and profiled a prolific purveyor of hyper-partisan fare, who has delivered political clickbait to millions of Americans on both sides of the political spectrum. From him, we learned that playing on people’s fears and emotions with misleading content works very well on social media.

In our third installment, we talked to two avid Facebook users and consumers of partisan grist: one conservative and one liberal. They showed us how they interact with stories in their News Feeds and how much of an impact these stories have on them. Hint: each side is convinced the other is brainwashed.

We finished our journey where we started, at Facebook Headquarters. We followed some key employees as they look for ways to keep junk news off their users’ News Feeds. Becoming more editorially engaged is not their goal but, with nearly half of Americans getting their news from Facebook, is the company sidestepping its responsibility? You can watch that segment below:

I hope you enjoyed our coverage of this fascinating and important topic. We had a lot of interesting interviews, and much of it ended up on the cutting room floor as we relentlessly “killed our darlings.”

If you want hear and read more of what did not make the final cuts, check out my podcast, Miles To Go. In recent weeks, we have shared some if the best interviews in podcast form. So if you want a “deep dive” on junk news, the water is perfect.

Environmental Protection Agency (EPA) Administrator Scott Pruitt was on Capitol Hill again this week, this time testifying in front of the Senate Appropriations Committee on Wednesday.

This visit was similar to testimonies Pruitt gave last month, but based on the tone of the questioning, it appears lawmakers are souring on the EPA boss and his gold-plated approach to travel and security.

Democrats, in particular, Tom Udall (D-NM) and Patrick Leahy (D-VT) chastised Pruitt for abusing taxpayer funds by installing a $43,000 secure phone booth in his office, employing a 24/7 security detail, traveling first class, and more. For most of these issues, Pruitt deflected blame to staffers or a broken bureaucratic system.

Bad as all this is, many environmentalists are more worried about Pruitt’s systematic dismantling of the regulatory power of the very agency he heads. Pruitt justified his rollbacks by saying that he wants to protect the environment through stewardship and not prohibitionism. Senator Udall shot back by saying that “this isn’t cooperative federalism–it’s flat out abandonment.”

What does a close flyby of an asteroid teach us? Above all, stay vigilant.

On Tuesday, astronomers around the world monitored the close flyby of asteroid 2010 WC9.

This asteroid is somewhere between 200 and 400 feet across, or about the size of a city block. It zipped past the Earth at half the distance to the Moon and at a speed approaching 38 times the speed of sound (almost 29,000 miles per hour). That’s seventeen times faster than a speeding bullet. Look up in the sky! It’s Superock!

Though it did not pose an impact threat, this near earth object (NEO) is a good reminder that tracking our smaller stellar neighbors is hugely important.

A NASA program tasked with monitoring these asteroids diligently mentions a sizeable collision is “a very low probability event”–but, even if it has a low probability of happening, it would have catastrophic consequences… just ask the dinosaurs.

That asteroid that hit the Yucatan Peninsula 65 million years ago and killed off three quarters of all species on Earth was about 6 miles across–much bigger than 2010 WC9 flying by on Tuesday.

The way to deal with a potential impact threat would be to redirect the Earth-bound asteroid by hitching a spacecraft to it and maneuvering it into a stable, nonthreatening orbit or simply crashing a craft into the asteroid to knock it off a collision course with us.

But, before we can even talk about fixing our potential asteroidal problems, we need to know where exactly those asteroids are. On the scale of the solar system, even a dino-killing 6 mile asteroid is not all that big. To try and combat this issue, NASA has a directive from Congress to identify at least 90% of all NEOs 450 feet across and larger by 2020.

That 90% threshold was reached in 2005, but only for NEOs sized 0.6 miles across and larger, the globally-threatening ones (none seem to be on collision courses with Earth anytime soon). Spotting the smaller, regionally-threatening NEOs, sized 460 feet to 0.6 miles across, has been a much harder task. And there is also worry about asteroids that would come at us from the direction of the sun. We can’t see them here on Earth.

I caught up with some of the astronomers involved with this initiative a few years back–you can watch that PBS NewsHour segment below.

Since we aired that segment, the fraction of identified smaller NEOs has risen from 1/10th to 1/3rd. This is moving in the right direction, but likely not fast enough to reach the 2020 congressionally-imposed deadline.

The quest to catalog NEOs would be greatly expedited if we were to launch a dedicated asteroid-hunting space telescope, which could also see those asteroids that could come from our Sun-induced blindspot.

Thankfully, there is just such a mission, called NEOCam, that is going through extended Phase A study by NASA. So far, it seems to be continuing under the new Administration–let’s hope it stays that way. If needed, Chicken Little will hopefully be available to testify before Congress.

A Chinese experiment testing the effects of long-term stays in self-contained habitats concluded this week after 370 days. The more than yearlong operation of Yeungong-1, which means Lunar Palace 1, sets a record for the longest test of such a faux space base.

Four Beihang University students, all volunteers, emerged on Tuesday from Yeungong-1. They were part of a crew of 8 students that swapped long stints in the habitat.

A few years back, I covered the Mars500 mission, which locked a crew of six in a habitat at a Russian institute for 500 days, mainly to investigate the psychological effects of being confined in a small space with other people for potential future trips to Mars.

The Mars500 study concluded without any major reported incidents, but similar experiments have been plagued by combative and sexually aggressive incidents–not a great sign for potentially years-long deep space missions.

The Yuengong-1 experiment had a bit of a different goal, however. The habitat was built to be completely self-contained like it would have to be on a different planet or the Moon. There is even a large greenhouse with plants that serve simultaneously as food and as air filters.

“The system is 98 percent self-sufficient,” Liu Hong, chief designer of Yuegong-1 told Xinhua Net. “It has been stable and effective in providing life support for its passengers.”

Further tests and analysis will be conducted to understand the operation of the self-sufficient habitat and the effects on its residents. What the researchers learn could one day help us nurture the seeds of civilization off-world.

New research published this week is strengthening the so-called gut-brain connection, with implications for possible treatment for inflammatory neurological diseases.

Writing in the journal Nature, scientists report how molecules created when gut bacteria break down tryptophan dampen the effects of neurological inflammation.

Non-neuronal cells, specifically microglia and astrocytes, play key roles in inflammation in the central nervous system–which is how nerve cells get damaged in neurological disease such as multiple sclerosis, a disease that damages the protective sheaths of nerve cells in the brain and spinal cord.

The researchers tracked the response of microglia and astrocytes in the central nervous system of mice bred with a model of multiple sclerosis. They found that these non-neuronal cells had specific receptors for tryptophan metabolites, and that these tryptophan byproducts derived by the mice’s gut bacteria actually triggered the production of another molecule that soothed the inflammation.

This is the first time a gut bacteria metabolite has been tracked all the way into the central nervous system.

This discovery could open new ways to treat multiple sclerosis: through the gut. The gut microbiome has also been connected with diabetes and even autism. Perhaps we should reconsider the importance of our microbiome and take care of it like we would any other organ.

I’ve got a gut feeling none of us are alone. And without our microscopic friends, we would be in a world of hurt. So be kind to your microbes!