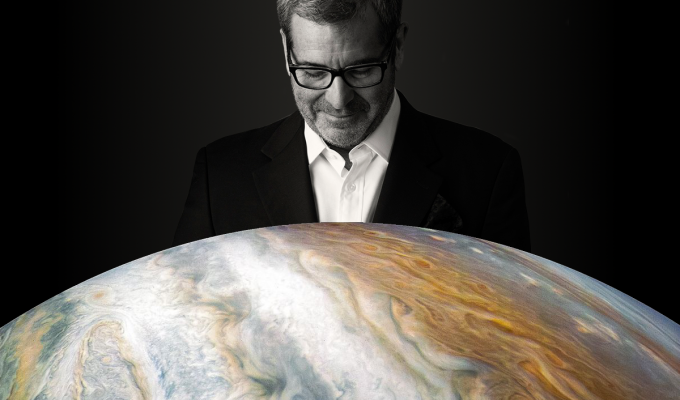 First look under Jupiter’s clouds
This week, we learned a lot more about Jupiter’s atmosphere and internal structure. Using data from the Juno spacecraft, currently in orbit around the gas giant, scientists were able to determine that Jupiter’s banded atmosphere extends almost 2,000 miles below the visible surface. There, the hurricane-force winds subside and the pressure is so high that the rest of the gas rotates as a single solid core, which is what creates the planet’s strong magnetic field. This research shines new light on the innards of large gaseous planets–maybe we’ll learn more soon from Cassini, which took a fiery death dive into Saturn’s atmosphere last summer:

Gene editing makes mosquitoes malaria-resistant
Scientists have used the CRISPR/Cas9 gene editing system to, for the first time, make mosquitoes resistant to malaria. The precision editing tool allowed researchers to snip out just one specific gene, rendering the mosquito’s body uninhabitable to the malaria parasite. Theoretically, this gene knockout procedure could be paired with a technique called gene drive to propagate this genetic engineering to the wild mosquitoes all over the world–but ethicists are worried about the potential ecological havoc that could result from this untested technology. I learned about this in the context of mutant mosquitoes fighting Zika in Brazil:

Massive penguin supercolony discovered
A previously undiscovered group of Adélie penguins has been spotted on islands off the coast of Antarctica. Researchers used satellite imagery and drone photography to uncover about 1.5 million penguins. Considering that there are currently about 7.5 million known Adélie penguins in the world, this find comparable to tallying all the humans in the world and suddenly realizing you have missed everyone living in China!

People, not bots, spread fake news
Fake news on Twitter spreads faster, farther, and deeper than verified facts, according to a new analysis by three MIT researchers. The researchers looked at stories that were reviewed by fact-checkers like Snopes and Politifact and and analyzed how quickly the ones marked as false were shared compared to the ones marked as true. And you can’t blame the bots, either–it’s humans that are responsible for this trend (bots shared debunked and verified stories evenly). The researchers think this is because false stories are often more novel than the true ones, grabbing and holding our attention more effectively. We will be exploring the world of junk news very soon–keep an eye out.

WATCH: Understanding how information spreads online is also important for understanding extremism–and how to fight it.

Adults can’t regrow neurons… or can they?
A large study out this week reports that adults cannot grow new neurons. Researchers compared post-mortem and post-op samples of adult brains to those of monkey brains, finding that the growth of new neurons was correlated to age for both: the older the individual, the fewer new neurons were produced. This throws a new wrench in the field of neurobiology, since the pendulum was swinging to considering that the development of new neurons in adult humans was possible. Whichever way this plays out, this is important research for one day figuring out how to combat neurodegenerative diseases like Alzheimer’s.