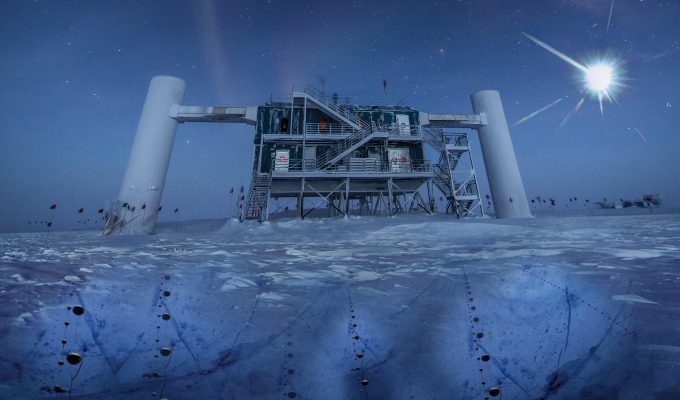 Sniffing out the environmental impact of methane

Climate change is a clear and present danger to all of us. And while most intelligent, informed, sane people know we need to do something about it, the devil is in the details. What should we do collectively? What can we do individually? When you go down this road, it doesn’t take long before you can become overwhelmed to the point of inaction.

For people who feel nothing can be done to address this existential threat, I submit to you the most potent greenhouse gas you may not be thinking about: methane, commonly called natural gas.

When burned, methane releases less carbon dioxide into the atmosphere than coal or oil. But, if it leaks, methane is more than 80 times more potent of a greenhouse gas than carbon dioxide during a 20-year timeframe. It’s estimated that a fifth of our planet’s warming is caused by methane–both from natural and manmade sources.

Environmentalists want to prevent leaks in the hopes of having a big, short-term impact on climate change. It is much easier to go after methane that it is carbon dioxide, which involves just about every aspect of our economy. The Environmental Protection Agency was poised to impose regulations on oil and gas producers, forcing them to plug methane leaks. Since methane is a salable product for them, you would think they wouldn’t have much of a problem with this. Sadly, that is not the case. But none of this is stopping the state of California from taking some action.

More on this in our report this week for the PBS NewsHour:

If you want to understand more of the history and context of the methane issue, check out two recent Miles To Go podcasts on the subject:

In case you need any more proof that climate change is indeed real and not something that is happening in the future, our friends at the Holland lab at NYU have submitted another piece of evidence for your approval: a dramatic time lapse video of a massive iceberg breaking off–or “calving”–from a Greenland glacier.

The team was recently on the ground in East Greenland, studying the Helheim Glacier. Logistics coordinator Denise Holland was running the camera and happened to capture the calving event, with a piece of glacier about half the size of Manhattan breaking off. In the video below, you can watch half an hour of footage condensed into a 90 second timelapse.

This was the largest calving event that Denise and the rest of the team has seen in person. “It was beautiful and intimidating to watch,” Denise wrote over email. “We stood in silence in awe of nature’s force.”

Footage of these calving events is helpful for scientists to tweak climate change models. “Knowing how and in what ways icebergs calve is important for simulations because they ultimately determine global sea-level rise,” says Denise Holland in a press release.

The Holland lab will take this knowledge to their upcoming fieldwork in Antarctica, as part of the International Thwaites Glacier Collaboration which we will be covering in the coming years.

Continuing our focus on how climate change is impacting the coldest regions of our planet: there is new research published this week that points to an increasing rate of carbon cycling in the Arctic.

Scientists wanted to see how the Arctic tundra was responding to climate change, so they crunched the numbers on 42 years worth of atmospheric carbon dioxide data from Utqiagvik, Alaska (America’s northernmost city, called Barrow until recently).

They found that the amount of time carbon spends locked away in the permafrost and sparse vegetation has decreased by 13.4% since the 1970s. The warming climate is shortening the cold season, thawing the permafrost and releasing the carbon from dead organic matter. This is putting more carbon dioxide into the atmosphere–carbon that was almost entirely out of the carbon cycle’s circulation.

At the same, however, the warming climate is allowing for longer growing seasons on the tundra, bringing boreal forests and shrubs northward. These plants are taking advantage of increased carbon dioxide levels in the Arctic, since they pull the gas out of the air for food.

The scientists were not able to determine if there is more carbon being released overall by the thawing permafrost than is being recaptured by the increase in greenery. But, in essence, that may not matter: the important thing here is that the feedback loop of carbon cycling is changing.

Even if all the carbon emitted gets reabsorbed, the Arctic as we know it will continue to change drastically. And if the Arctic does end up releasing more than it can recapture… well, we could be in for a potentially huge unloading of carbon into the atmosphere, as I learned when reporting on this issue for the National Science Foundation back in 2015.

Antarctica is often the dateline for some impressive astronomical findings. This one is just in from the IceCube Neutrino Observatory at the South Pole, where scientists discovered a new source of neutrinos.

Neutrinos are not a nourishing breakfast cereal, but rather super light, electrically neutral particles that are created during radioactive processes like fusion. They blast through ordinary matter at close to the speed of light. When you blot out the Sun’s rays with your hand, about a billion neutrinos still go through your hand every second.

The Sun and a nearby supernova were thought to be the only sources of this constant rain of weakly interacting particles. But two papers out this week have discovered that a smaller subset of mysterious higher-energy neutrinos come from a “blazar,” a supermassive black hole that chews up material and spits it out in bursts that happen to be aimed at Earth.

Other astronomers jumped in and pointed space and ground-based telescopes to the general area, pinpointing blazar TXS 0506+056 as particularly active and flaring other cosmic rays toward Earth during the same time. The scientists determined that this blazar is the most likely source of the mysterious high-energy neutrinos.

WATCH: Miles report on the IceCube Neutrino Observatory for the National Science Foundation.

Since the signal was identified with both neutrino detectors and traditional telescopes, this marks another new multimessenger form of astronomy. The first was demonstrated last year using gravity waves and light waves.

In early 2014, I visited a nickel mine in Sudbury, Ontario that was once focused solely on the hunt for neutrinos. It is now is searching for elusive dark matter.

Traces of mankind’s oldest ancestors outside Africa found in China

Archaeologists in China have unearthed some clues that tell us more about the origins and the migration of humanity from its roots in Africa.

Digging into a steep cliffside, the team says it has found the oldest stone tools outside of Africa, considered to be the cradle of the hominin line. A trove of tool-shaped chipped rocks were scattered in the soil, though no hominin bones were found.

By a stroke of luck, the researchers found the tools in a layer of rock that was formed between two shifts in Earth’s magnetic field, geomagnetic processes with well-defined timestamps that allowed the scientists to confidently peg the find as about 2.1 million years old.

For comparison, the oldest previous hominin traces outside of Africa was found in Dmanisi, Georgia, relatively speaking youngsters at 1.78-1.85 million years old. Africa’s hominin record stretches to 3 million years ago.

This find rewrites the history of the human lineage: our ancestors fanned out from Africa earlier than expected. Now, archaeologists will be on the hunt to find actual hominin fossils as old as the tools, in China and, perhaps, elsewhere.