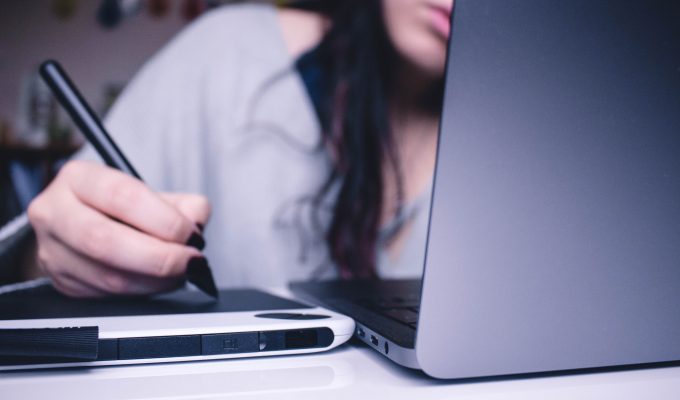 Net neutrality sounds boring and complicated, but it’s actually a red-hot controversy that’s pretty easy to understand. Basically, when the Internet was invented, the idea was that every piece of information should move across it at the same speed, so that anyone who wanted to put up a site could reach the world just as fast as anyone else. But now the cable and Internet companies that bring the Web to your house and your phone want to be able to charge companies for faster delivery of the stuff we look at online.

Think of it like a highway for delivery trucks. Anyone can drive on it, and every truck obeys the same speed limit. That’s net neutrality. But these companies want to offer a second, improved highway for a big toll, and only the trucking companies who pay the toll can drive on it, and they get to drive as fast as they like. Or perhaps the companies just begin dumping all but the trucks that pay their fee onto an intentionally slower road, so you’re less likely to use them for delivery.

Under President Obama, the Federal Communications Commission, the agency that regulates the Internet, passed a rule — Title II of the Communications Act — that gave it the authority to prohibit internet service providers like Verizon and Comcast from slowing or accelerating Internet traffic based on payment. But President Trump’s FCC chairman, Ajit Pai, announced in an April 2017 speech that he intends to “reverse the mistake of Title II and return to the light-touch regulatory framework that served our nation so well” under prior rules.

What would that look like in the real world? Ro Khanna, a Democrat representing Silicon Valley in the House of Representatives, recently tweeted examples from Portugal, where net neutrality has been abandoned. [https://twitter.com/RoKhanna/status/923701962956091392/] “Internet providers are starting to split the net into packages,” he wrote. ISPs there have begun offering access not to the entire Web, but only to bundles of specific apps, drastically limiting what their customers can do on a smartphone. It’s “a huge advantage for entrenched companies,” Khanna writes. “But it totally ices out startups.”

How advantageous will a world without net neutrality be for established companies? Consider Netflix, which consumes huge amounts of bandwidth, and as a result spoke out constantly and loudly about the need for net neutrality, which serves its business model so well. Net neutrality was in many ways its primary public battle as a company. But now that it commands huge influence and a huge audience, it no longer feels the need to fight that battle. “We think net neutrality is incredibly important,” Hastings told the Code conference in May 2017, he said it’s “not narrowly important to us because we’re big enough to get the deals we want.” He admitted that he believes the FCC will “unwind the rules no matter what anybody says,” before revealing just how much more vital net neutrality is to startups than it is to established companies. “We had to carry the water when we were growing up and we were small,” Hastings told the crowd. “And now other companies need to be on that leading edge.”

So you’ll have to figure out your position. Do you want the richest companies to get faster access to you? Okay, fine. Or do you think there are thousands of people and companies out there that might have exactly what you want, but can’t get to you because they can’t afford the toll? Ah, then you, my friend, believe in net neutrality.

Photo thanks to Josefa nDiaz on Unsplash