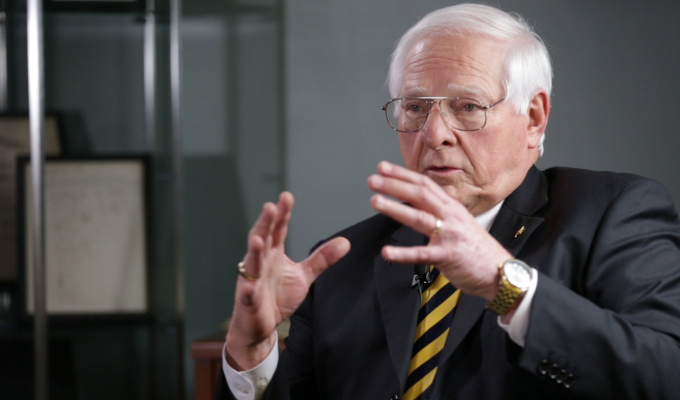 In a nondescript office park, smack dab in the middle of North Carolina’s Research Triangle, they are preparing for what seems to be an existential fight to keep real science and actual facts alive.

The effort is being coordinated by Sigma Xi, an organization dedicated to the professional development of its members, and the publisher of the excellent American Scientist magazine. You might not have heard of it, but it has supported hundreds of thousands of scientists and engineers for 131 years. Albert Einstein was a member, as well as over 200 other Nobel Laureates. It is one of the most prestigious science organizations in the world. (By some fluke, Miles was honored with an honorary membership in 2015. He is convinced it is a clerical error.)

“Sigma Xi is involved in the March for Science,” Executive Director and CEO Dr. John Nemeth–a forest ecologist and soil scientist–told me when I visited a few months ago.

“It’s important that we say ‘the March for Science,’” he added with emphasis. He believes it is important that Sigma Xi remain nonpartisan and apolitical, but the realities of the current political climate demand a defense of the scientific discipline. And so Sigma Xi is advising the organizers of Saturday’s march and providing transportation to the event.

The Trump administration is by no means the first that’s skeptical of science.

“The changes in government, the political changes, bring really strong winds sometimes and just gentle breezes other times,” said Nemeth. “During the Reagan administration, [there were] very conservative elements throughout the Republican party at that time.”

He reminded me of Reagan’s controversial pick to head the Environmental Protection Agency. Like Scott Pruitt, Anne Gorsuch came to the EPA with a mission to dismantle much of what it does.

“There was such a hue and cry, not only from scientists but from people that were worried about the lungs of their children and the cleanliness of their water, that it didn’t work,” said Nemeth.

I reminded him that her name sounded familiar for good reason. Anne Gorsuch (now deceased) was the mother of the new Supreme Court Justice Neil Gorsuch.

Nemeth chuckled and said, “You brought that up, not me.”

Outside the United States, Nemeth mentioned recent anti-science stances taken up by governments in Canada and Australia. “Who would have ever thought that there would have been any sort of a recognizable segment of our society that didn’t believe in vaccinations,” lamented Nemeth.

On the flip side, scientists might have only themselves to blame, says Nemeth: “We haven’t done a very good job of answering people that come up with arguments based on very little evidence. We have to communicate like normal human beings with other normal human beings.”

This, Nemeth accepts, might be hard for scientists, who he says sometimes come off as haughty when communicating their research to the public. “Just trust us” isn’t good enough anymore. That’s why, looking beyond the March for Science this Saturday, Sigma Xi is dedicated to providing workshops and other resources for its members to develop their communication skills.

“What we try to do is–in the most ethical and high-quality way–is to produce research results which have positive impacts on human beings and our planet,” said Nemeth. “If you cut to the chase, that’s what science is all about.” I’d say that’s worth defending.

For more about the March for Science, watch Miles on the PBS NewsHour tonight.