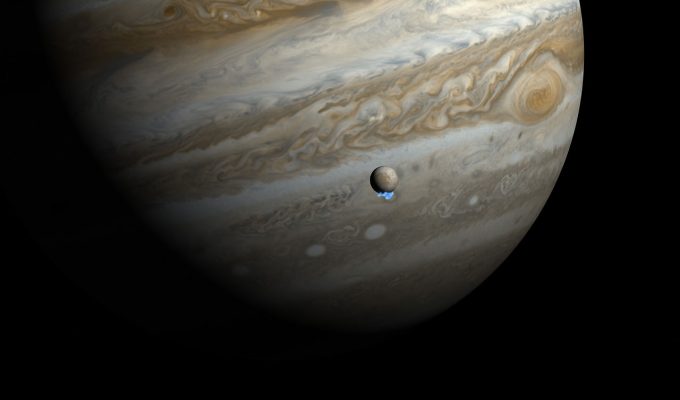 CRISPR-Cas9 may not be all that it is cracked up to be. A study published this week reports previously overlooked issues with using the versatile genetic editing tool taking biology by storm.

Scientists showed that, instead of carefully replacing pieces of DNA, CRISPR would sometimes delete huge swaths of targeted genes without adding in the engineered replacement. This either renders the gene unusable or carcinogenic.

The study also showed that similar DNA damage could occur in genes scientists didn’t even program the CRISPR complex to attack. This is troubling because CRISPR is supposed to be more selective than other gene editing techniques.

CRISPR was originally discovered in bacteria, which use it to cut out and store bits of DNA from viruses that previously infected the bacteria. If the virus appears again, the bacteria can identify the invader’s DNA and send out a CRISPR complex to thwart it–like the “Cut” tool in Microsoft Word.

CRISPR has been adapted by scientists for use in other cells by adding a piece of DNA to replace whichever genomic stretch the scientists target for snipping. The molecules now have the ability to patch in a new DNA sequence wherever the scientists want–to continue the analogy, it’s like the more powerful “Find and Replace” tool in Microsoft Word.

At least, that’s the theory. This study is the most indicting of several that have recently come out as scientists have looked more critically at the gene-editing technology. The heady, optimistic days are over evidently. CRISPR companies took a big hit on the stock market this week, losing a collective $300 million twenty minutes after the study came out.

As with any new technology, the kinks of CRISPR still need to be worked out. The stakes are high: on the one hand, scientists could put an end to genetic diseases and reign in cancer. On the other, they could rip apart the blueprint of what makes us human.

Science lore is littered with accidental discoveries and, after this week, you can add 12 new moons of Jupiter to the list.

While astronomers were using an upgraded telescope to look for objects on the outskirts of the solar system, Jupiter happened to photobomb them.

“Jupiter just happened to be in the sky near the search fields where we were looking for extremely distant Solar System objects, so we were serendipitously able to look for new moons around Jupiter while at the same time looking for planets at the fringes of our Solar System,” lead astronomer Scott Sheppard said in a press release.

Two of these moons are in orbits further out than the bigger, more well-known Jovian satellites discovered by Galileo using the first telescope. They orbit in the same direction as their larger cousins, with the direction of Jupiter’s spin–also known as prograde.

The rest orbit even further out, and mostly in retrograde motion, opposite to Jupiter’s spin, though one oddball weaves a more eccentric, prograde orbit through the clumps of retrograde satellites.

All of these tiny moons–the smallest of which is less than one kilometer across–are thought to be remnants of larger moons that had shattered in previous collisions.

This find brings the total satellite count of Jupiter to 79 moons. Could one of them harbor life? We may find out soon enough, as NASA gears up a mission to land on the larger icy Galilean moon Europa.

The Environmental Protection Agency held a hearing this week on a proposed new rule that would not allow any scientific study that had unreleased data to be used for a policy proposal.

On first pass, that sounds like a worthy goal–why wouldn’t you want to have the most transparent, accessible science as the basis for policy?

But the truth is this is all a cover. This rule is about stifling studies that go against the interests of big industries like tobacco or oil and gas, not about shedding more light on scientists and their work.

It does not diminish the validity of a study’s findings if a scientist protects the confidential information of human participants. Indeed, the scientists are compelled to withhold that information. The same sentiment was voiced by the overwhelming majority of witnesses during the July 17th hearing, with only a handful of supporters coming out to speak for the rule.

The bottom line: stifling science in such a duplicitous way would set the EPA back decades.

WATCH: Miles reports on how scientists are standing up for themselves in the political process.

In a new analysis of satellite data, scientists report a new fingerprint of human-caused climate change on a global scale.

By looking at temperature data that satellites have collected over the past 38 years, scientists were able to determine that temperatures have been increasing in the lower atmosphere, and increasing the most during the summer.

Especially pronounced was the heating of mid-latitudes in the Northern Hemisphere, over the continents of Europe, Asia, and North America.

The exact mechanism of this warming still needs to be investigated, but the cause is clear: after running several simulations with and without anthropogenic carbon, as well as accounting for natural variations, these changing climatic conditions were linked strongly to human factors.

Even a few years ago, it was hard for scientists to definitively pin changes to the climate on humans beyond a rise in global average temperature. With studies like these, the connection is becoming much clearer.

The Pacific Northwest has seen the largest increase of fire activity in the country since the 1980s, and a troubling new report links that to a corresponding increase in fine particulate matter in the air.

Since the passage of the Clean Air Act, the amount of PM2.5–pollution particles less than 2.5 micrometers in diameter–has been declining across the country. This is good, since breathing PM2.5 has been linked with diseases of the pulmonary and cardiovascular systems.

But there is one place in America that is seeing a rise in PM2.5: the Northwest. There, blazing wildfires are apparently spewing harmful particles into the air.

Managing wildfires is not easy and, when they come close to homes, there are all kinds of dilemmas. In the Western US, firefighters generally work hard to suppress fires, allowing brush to build up. Eventually, this stockpile of fuel ignites into raging flames that pump harmful particle pollution into the air, where winds can carry it for many miles.

We are in the midst of an investigation of the issue of increasing wildfires and their link to climate change for PBS NOVA–something you already know since you of course have signed up for our newsletter with exclusive content. Here’s the reporting we did for the PBS NewsHour that got us really interested in this issue: