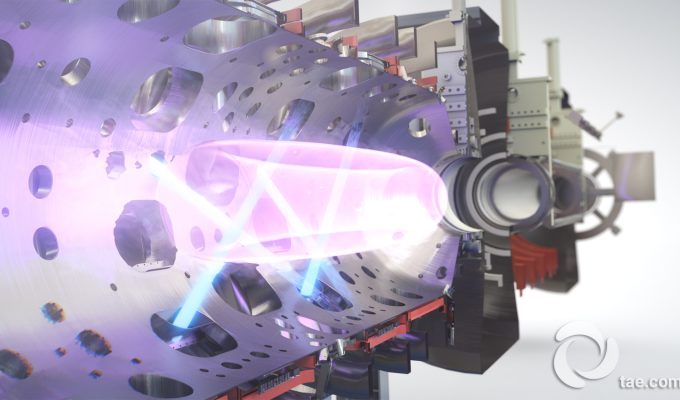 While we’ve been recently thinking about the nuclear threat from North Korea, progress is being made on a new and potentially game-changing source of energy: nuclear fusion.

Unlike the atom-splitting reactions of nuclear fission, nuclear fusion is the process of melding two atoms together. Compared to the nuclear fission reactors of today, fusion plants would not produce any radioactive waste–and create much more energy. It’s the gold standard of what sustainable clean energy could be.

The catch is that fusing atoms takes extraordinary temperatures, like those found at the cores of stars–themselves giant fusion reactors. The specific fusion reaction that TAE is chasing will require temperatures of over 5 billion degrees Fahrenheit.

“It is profound to see TAE’s scientific innovations bear out in Norman’s performance,” TAE Technologies CEO, Dr. Steven Specker, said in a press release. “Our remarkable progress signals the reality of a future powered by fusion energy, and hydrogen-boron is as safe and clean a fuel source as you can find. It’s a win-win for us all.”

Next up for the world’s largest and most advanced fusion company? Getting temperatures hot enough for long enough to actually achieve sustained nuclear fusion.

WATCH: Miles learns about nuclear fusion and gets a tour of the TAE facilities in 2017.