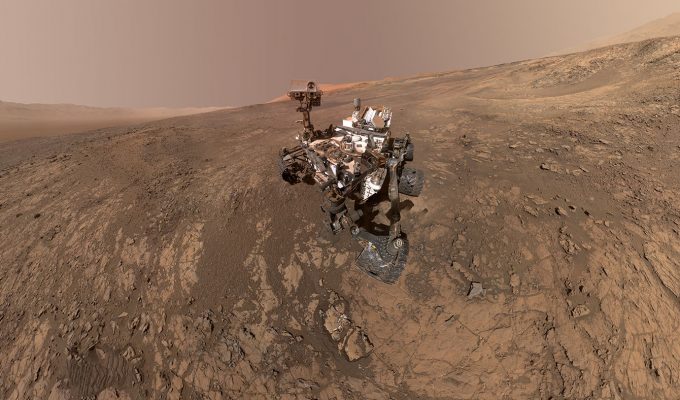 As you are reading this, Miles is floating somewhere in the Atlantic Ocean…

But don’t worry, we haven’t lost him! He’s embedding on a research vessel for about a week with a team of scientists who are trying to decode the speech of dolphins. In the meantime, he’s asked me (Fedor) to keep the newsletter going.

This dolphin research is super interesting, and I can’t wait to hear how his trip went. The team there is trying not only to crack the code of dolphin speech, they also want to speak to dolphins! To do this, the team built a backpack-sized underwater computer system with powerful speakers that can mimic dolphin whistles and chirps.

It’s a fascinating ongoing project that Miles has covered before for the PBS NewsHour:

Speaking of dolphins, there’s a very relevant piece of science that was published this week. Researchers have found that male bottlenose dolphins retain one specific individual call for life, a name of sorts.

In other animals, these kinds of identifying calls tend to meld together over time within a pair or group–in dolphins, they seem to want to keep their identity, in a way.

What fascinating creatures, can’t wait to learn more when Miles gets back from his trip!

Some big piece of news coming from NASA’s exploration of the Red Planet this week: detection of new organic molecules.

Now, don’t get your hopes up–this isn’t necessarily indication of alien life. Organic molecules are the technical term for almost any molecule that contains carbon (simple ones like carbon dioxide and carbon monoxide aren’t classified as such). Though a vast variety of organic molecules are created by life as we know it, they can also be made by processes not involving life, like by the superheated hydrothermal vents at the bottom of our oceans.

With that disclaimer, this is still exciting news. Two papers were published in the journal Science, both derived from years of data collected by the Curiosity rover.

One paper determined that drill samples from the Gale Crater contained small chains of organic molecules. Many of these also had sulfur in them, which likely helped protect them from degradation in the 3 billion year old crater. The small chains also are very similar in structure, which could mean they are fragments of originally longer and more complex chains. “Biological, geological, and meteoritic sources are all possible” for these organic molecules, write the scientists.

Another paper details seasonal variation in the amount of methane in the martian atmosphere, with a spike at the end of the northern hemisphere’s summer. The researchers rule out a few potential sources, saying the methane likely is being released from underground, where it is likely frozen together with water crystals. This is called methane hydrate or clathrates, which also occur on Earth. This USGS video shows how methane hydrate burns–could it be mined for fuel once we get humans to Mars?

Methane has been on our mind recently as we are finishing up a segment for the PBS NewsHour about its greenhouse gas effect and how technology from JPL, the same NASA branch that made the Curiosity rover, is being used to track methane leaks. You can listen to a recent Miles To Go episode featuring the creator of this technology, Rob Green:

Pressure, not friction, most important factor for glacial flow

Friction is less of a factor in the flow of glaciers than has previously been thought, scientists report in a new analysis of 140 Greenland glaciers.

Current models of glacial flow link the roughness of bedrock to how fast ice can slide over it. However, a closer look at the data showed that the speed of glacial flows in Greenland are not highly tied to friction.

Instead, the more important factor was found to be the pressure experienced by the glacial front from all the ice behind and above it.

This is an important finding that could help us better understand how glaciers are melting and contributing to sea level rise not only in Greenland but also in Antarctica. There, the Thwaites Glacier is of considerable interest, and we are following the research of David Holland and company.

“It looks like friction at the bed is not so important, which in part implies then that the role of the ocean is elevated in status,” Holland wrote me after reading the paper. This jives well with his Antarctic research project that has just begun, where their “claim is that the ocean is the key control on glacier behavior for Thwaites.”

Holland has also done some work in Greenland, which Miles covered for NSF’s Science Nation series:

We also featured Holland’s Greenland research in PBS NOVA’s Megastorm Aftermath–check it out if you have the time!

Last week, the Science Advisory Board (SAB) of the EPA met for the first time since Administrator Pruitt fired a half-dozen members who were on EPA-funded research grants and brought in 18 new members, many with strong industry ties.

Genna Reed of the Union of Concerned Scientists was there, here are some of her highlights:

Most of the SAB members felt like they haven’t received adequate scientific reasoning for EPA’s recent regulatory actions. They asked for more, we’ll see if they get it.
SAB members were divided about how to approach the controversial “secret science” transparency rule, which would force EPA to only use science featuring publicly available data. Unsurprisingly, many new industry-friendly appointees disagreed with asking for a deferral of the rule until more discussions can be had.
The public comments from 21 invited speakers overwhelmingly implored the SAB to question the current EPA’s seeming disregard for science on multiple regulatory fronts.

I listened to much of the two day meeting over an audio webcast and was similarly struck by the strong public comments session.

My favorite comment was from George Thurston, a professor at NYU’s medical school. He brought up that this issue of “secret science” has been bandied about in Congress before, and scientists pushed back every time. Thurston even brought up an article he wrote 20 years ago about the subject and submitted it for the record.

The issues are similar now as outlined in the 1998 article, but Thurston says there are now added worries of releasing personal medical data from human health studies because the preponderance of big data analysis makes it even easier to maliciously use people’s personal data.

You can watch Miles report on the turmoil experienced by EPA’s advisory boards below.

Since dad is out of town, the kids have taken over!

Brian and I have a new special episode of Miles To Go out now, in which we try to hash out the concept of machine learning. How does it work? What is it for? What are the benefits and drawbacks of these powerful algorithms? Will they bring us true artificial intelligence?

We also enlisted the help of producer and coder Cameron Hickey, who has been thinking a lot about machine learning recently in the context of Facebook and junk news.

You can listen to that episode below–and shoot us a suggestion for what to cover next!

Thanks for reading! Enjoy your weekend as we all anxiously await Miles’ return.
-Fedor Kossakovski