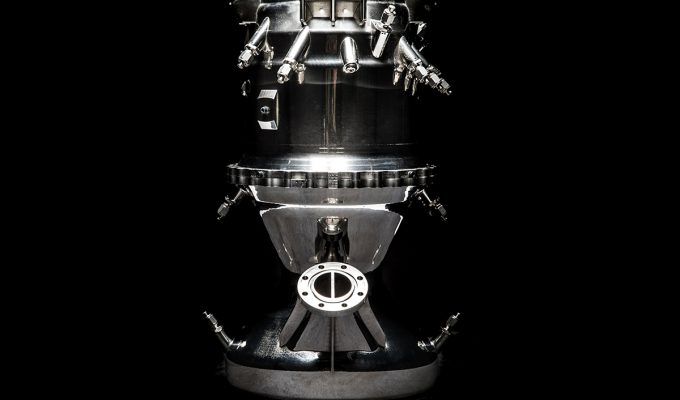 The last time I did a story on 3D printing, it was 2014 and there was a consumer rage underway. People were buying the gadgets, taking them home with all kinds of big ideas in mind. But the reality fell short as they discovered the limitations and frustrations in building, maintaining and operating them–not to mention the high cost of the “3D ink.”

My son ordered one with the intent of 3D printing a prosthetic left arm for me. It was a touching gesture, but the effort got derailed by the realities of understanding circuits and soldering. Besides, despite all the hype, the 3D printed arms so frequently bestowed upon children–and documented with touching videos on YouTube–are not much more than cool cosplay accoutrements.

But don’t count 3D printing out just yet. It is alive and thriving in a slightly different and potentially much more meaningful context: manufacturing.

It’s the focus of a story I did airing tomorrow on the PBS NewsHour. Now, it actually feels like 3D printing will change consumer goods and experiences on a much wider scale.

Here’s what I found most interesting while in the field for this story.

Not a gimmick anymore

In my mind, hearing “3D printing” conjures images of tables filled with cool trinkets that have little utility. Sure, there are some projects, like printing coral reefs, which have some purpose, but these are usually low volume initiatives.

Check out this bizarre web extra we put together for the PBS NewsHour:

3D printing examples like that are meant to be proof-of-concept: you know, one day, we’ll be able to print meals on a massive scale… and fast!

I was a little skeptical at first, but from what I’ve seen recently, I think we’re well on our way.

3D printing with metal is becoming much more robust, precise, and fast.

This is due to advances in printing technology and the accompanying design software, along with a growing interest from traditional industrial manufacturers.

Big manufacturers are now starting to actually produce high demand, low volume parts using metal 3D printing--and it looks like they’re going to get even better tools to do this en masse soon. Click To Tweet

I mean, just look at how cool this 3D printed metal rocket engine looks when firing:

We’ll be covering that engine, the company that printed it, and more tomorrow. Stay tuned!

For more of a sneak peak of my reporting, check out the exclusive extended interview with MIT professor John Hart, who joined me for a recent episode of my science podcast, Miles To Go.
embed: 3D printing podcast

In the meantime, here’s the previous report I filed for the PBS NewsHour about 3D printing. How outdated is it now, only four years later?