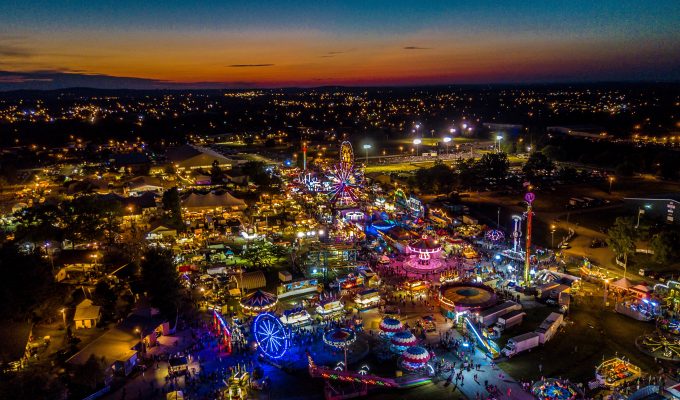 At the corner of Market and 11th, a former power building is filled with the comings and goings of life in tech. The signs in the lobby list the sort of bland, upbeat names one might see in any major city: “the Company Lab,” “the Enterprise Center,” “Tech Town,” “Society of Work.” The surrounding blocks contain the offices of venture funds and software companies. Around the corner, a co-living space called the Tomorrow Building invites young hopefuls to think of it as a “startup hostel.” But this isn’t San Francisco or New York. It’s Chattanooga, Tennessee, population 177,000, in the foothills of the Appalachian Mountains. In 1969, as industrial pollutants floated among the hills, federal authorities found that Chattanooga had the nation’s dirtiest air. Today, it has the fastest Internet anywhere in the nation.

Internet speeds in the United States are embarrassing. The nation that invented the world wide web doesn’t even rank in the top 10 for upload and download rates. South Korea (average connection speed of 29 Mbps) is first in the world, with Norway (21.3 Mbps) and Sweden (20.6 Mbps) second and third. The United States, with an average speed of 15.3 Mbps, sits at number 16.

The reason, of course, is geography. South Korea is small and densely packed. The United States has everything from multimillion-person cities to vast unpopulated deserts, and while tech has flourished where telecom companies have found a market for high-speed Internet, the industry has languished in regions that no company has seen fit to connect.

Chattanooga was one of those places. In 2009, as the city began to update its electrical grid to avoid power outages, it became clear that building fiber communications lines would help coordinate the network. And suddenly the city was in a position to build itself a city-owned and operated fiber optic high-speed Internet network. And that’s when the big telecoms stepped in.

Ron Littlefield, mayor of Chattanooga at the time, found himself on the business end of furious meetings with AT&T and Comcast, which had offered relatively slow speeds within the city, and showed no interest in expanding service to the outskirts of town, but now fiercely objected to competition from a blazing fast, city-run network.

“Comcast and AT&T came separately,” Littlefield told a reporter from Motherboard, “and they both said the same thing: ‘First of all, no one needs the service you’re talking about here.’ They also said it’s not fair for government to be in the business of competing with private industry.”

The industry sued Chattanooga four times, but in 2010 the fiber network was operational, and residents were enjoying connections as fast as 10Gbps — the fastest anyone in any city in the US can possibly buy, and 500 times faster than the U.S. average. “It felt like I was the mayor of the first city to have fire,” Littlefield told Motherboard.

That network is credited with helping convince Volkswagen to maintain an assembly plant in town, and attracting employers like Amazon. The surrounding county has seen job growth at a time when Tennessee’s economy has otherwise suffered. And since Chattanooga began calling itself “Gig City,” more than 80 US cities have created their own fiber networks.

During the age of the landline, when telephone service was a radical technology, the Federal Communications Commission imposed a tax on telephone companies that flowed into a universal service fund, which paid for telephone connections in rural areas companies otherwise wouldn’t want to pay to wire up. But connection quality wasn’t the issue — you had a phone or you didn’t. Today, the speed of the connection is everything, and while the FCC does require that everyone who wants an Internet connection can buy one, only 55 percent of people in rural areas have even the option of a connection that qualifies as “broadband.” And only in places like Chattanooga is the connection fast enough to build an industry around.

Photo thanks to Alex Mertz on Unsplash