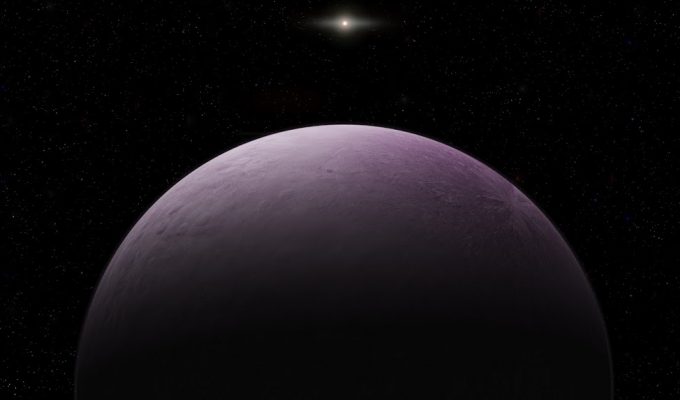 Traffic was light this morning, tumbleweeds are rolling through the hallways of WGBH, and there was no line to get a Santa Fe chicken wrap in the station café. Yes, it appears the winter holiday has already begun, but we are still hard at work here.

Today, we’re focused on our upcoming NOVA entitled “Inside the Megafire.” We’ve got a rough cut done–and now are making it a little less rough. It’s amazing how even an hour can seem like not enough time (what I would’ve done for an hour in the days when I was doing 90 second haikus of horror for a local news outfit here in Boston in the 80s!). “Megafire” is shaping up nicely, however, and I look forward to sharing it with you.

We really keep banging away until tomorrow afternoon and then take some time off. So don’t expect another update from us until the new year.

The biggest science stories of 2018

This is the time of year when we look forward to what lies ahead and reflect on what the hell just happened. Frankly, my head is spinning and I suspect yours is too.

It’s always hard to figure out what to talk about in these seven minute annual segments on the year in science, so I stopped fretting about it and realized it’s best to stay close to the big stories and most important overarching themes.

This week on the PBS NewsHour, I took a look back at the science that shaped 2018. The end result: William Brangham and I talked about the recent CRISPR babies bombshell, how climate change is manifesting itself across the nation, and the success of several space missions. Clearly, this is by no means complete or accurate when viewed through the prism of scientific advancement, but so be it.

Every story we talked about has “legs” (as we say in the news business) so I look forward to covering what happens next in the year ahead.

One thing that didn’t make the cut for my NewsHour roundup of science news: the onslaught of continuing data privacy and misinformation issues that Facebook has been dealing with.

It all exploded with the Cambridge Analytica scandal back in March and has snowballed since… Just last week, CEO Mark Zuckerberg was apologizing once again–this time, for a bug that allowed 6.8 million users’ private photos to be accessible to third-party app developers. And this week, the New York Times published an exposé of Facebook’s backdoor dealings of users’ private data with other tech giants.

Facebook’s stock has taken a beating this year in the light of all the scandals and less-than-enthusiastic earnings calls. More users are souring on the platform, especially young people.

When we look back, will 2018 mark a turning point for the social media giant? I think that’s very possible.

For now, junk news and its impact on elections and partisanship are some of the things I worry about most in regards to Facebook. We investigated this story in a four part series for the PBS NewsHour earlier this year and spun out a multitude of extended podcast interviews–all of that content can all be seen here. The issue of junk news on Facebook is still very much present, so the content is still relevant!

In putting together a recent report for the PBS NewsHour about collaborative robots and the future of work, I was reminded of my very first NewsHour segment back in 2010. It was also about robots, and for that report I had the pleasure of talking to the now unfortunately late Marvin Minsky.

Minsky was a pioneer of modern artificial intelligence. However, when we talked, he lamented the lack of progress being made in the field. In revisiting that conversation, I was struck by just how much of what Minsky told me in 2010 still stands today–which is why we decided to release that interview through my podcast, Miles To Go.

I wonder what Minsky would have thought of the recent boom in machine learning using neural networks… Considering, as you will hear in the episode, that he wasn’t a huge fan of using statistics to teach machines, I doubt he would approve.

Also: if you have a moment, please take our short survey to help improve this podcast. Thanks!

Facing growing consumer awareness of the issue of antibiotics overuse in livestock as well as new regulations, many major fast food chains have pressed their suppliers to phase out the often unnecessary use of these drugs.

According to the Food and Drug Administration’s newest data published this week, the sale of antibiotics for livestock has decreased 41% since its peak in 2015. This is great news and I expect numbers will continue to decline considering the previously recalcitrant chicken producer Sanderson Farms and market leader McDonald’s have both announced they will reduce the use of antibiotics in their production lines.

“We are seeing real progress, but the American meat industry continues to have a drug problem and the clock is ticking to solve it. Far more antibiotics important to humans still go to cows and pigs—usually when they’re not sick—than to people, putting the health of every single one of us in jeopardy. The good news is, the data shows change is possible and can happen quickly. To keep these life-saving drugs working for treating sick patients who need them most, the beef and pork industries have to step up.”

Find out more about farming without antibiotics in my PBS NewsHour report.

On Monday, astronomers reported finding the most distant object in our solar system.

At a staggering 120 astronomical units (AU)–the shorthand measure of the distance from the Sun to the Earth–the object is officially named 2018 VG18 and was already given the nickname “Farout.”

It sure lives up to its name: Farout is nearly four times further from the Sun than Pluto, which sits at a mere 34 AU.

Farout is likely a dwarf planet a bit over 300 miles in diameter. According to the press release, observations have revealed “a pinkish hue, a color generally associated with ice-rich objects.”

This tiny, distant neighbor still orbits our Sun, but it takes over a thousand years to complete this journey. This is something astronomers will be keen to track more carefully, as the clustered orbits of other distant objects have hinted at a mysterious Planet X at the edges of the solar system, corralling its brethren around the Sun. Further investigation of Farout’s orbit may help narrow the search for Planet X.