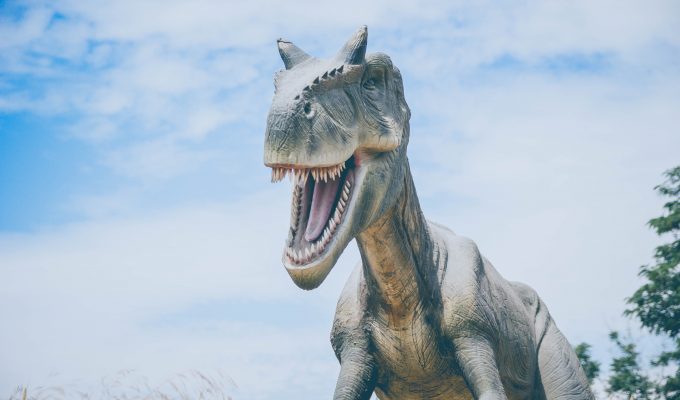 It is hard to overstate my excitement and sense of wonder as I snorkeled last week with a pod of wild spotted dolphins in the Bahamas. I was plying those waters aboard the research vessel Stenella, owned and operated by the Jupiter, Florida based Wild Dolphin Project.

Founder and Research Director Denise Herzing is now leading her 32nd season of fieldwork finding, observing, and interacting with a pod of spotted dolphins.

High on her list of investigative priorities is an ambitious effort to try to unlock dolphin communication—or is it a language? A few years ago I did a story on this for the PBS NewsHour.

My cousin, underwater photographer Ruth Petzold, is a longtime board member of the WDP, and each year she buys the available sleeping quarters on Stenella for guests during one of the nine-day summer missions.

We have been talking for years about me joining one of these cruises, and when it finally happened, it exceeded my long-held expectations.

Faithful viewers will know I have coincidentally been doing some stories documenting efforts by the National Aquarium to build a natural sanctuary for its captive dolphins. You can see my most recent story on that here.

Denise and the Wild Dolphin Project will be featured in an upcoming story on the NewsHour, but the interview I did with her this past week was excellent and I will be releasing it as a Miles To Go podcast soon. More on that next week.

But as W. C. Fields once said, “on the whole, I’d rather be in Philadelphia.” And so I went straight there after I got my land-legs. The American Nuclear Society (ANS) was having their annual meeting there, during which they honored our team with the inaugural Darlene Schmidt Science News Award.

The ANS highlighted a few pieces of reporting from last year, namely our PBS NOVA film The Nuclear Option, as well as a couple PBS NewsHour segments. These pieces focused on innovation in the nuclear industry and all grew out from my deep dive into nuclear power following the 2013 meltdown at the Fukushima Nuclear Power Plant in Japan. You can watch all these on my website.

The award was created by Roger Tilbrook, a retiree from Argonne National Laboratory and emeritus member of ANS. He’s worked for years to get ANS to acknowledge the importance of putting its work into plain language.

It is named after a long-time ANS communications staffer, Darlene Schmidt, who brought fact-based stories of nuclear science and technology to the public. We really tried to convey the dilemmas and promise surrounding the nuclear industry in a balanced, well-researched way, so it means a lot that the experts themselves feel like we did a good job!

The challenges a Space Force would face

With this incredibly poor choice of phrasing, the President directed the Department of Defense to gear up for a sixth branch of America’s armed forces–one for fighting in the final frontier.

While this is by no means the first move in the direction of a military space presence, it would seem to be in conflict with a 1967 UN treaty that outer space only be used for “peaceful purposes.” No framework or timeline has been released, making the whole exercise feel a little hollow at the moment.

We were talking about it at the office, and we had many questions. What of the growing issue of space debris? How would one even fire a bullet in space? Are we launching military satellites (nothing exactly new) or are we deploying armed astro-troops of some sort?

If so, there are a lot of issues to square away. Life in an aluminum can hurtling through space is hard enough without someone shooting at it as well. Even something as seemingly innocuous as a small fire can quickly spiral out of control–a scenario NASA has spent a lot of time pondering, which I covered for the PBS NewsHour.

T. rex couldn’t stick out its tongue–but pterodactyls could!

Get ready to suspend disbelief as there is some new science that will likely undermine the premise of the second Jurassic World–opening wide this week.

After reviewing various fossils, paleontologists report that dinosaurs had small hyoid bones, which anchor tongues to the body. This means that dinosaurs, like the famous T. rex, couldn’t stick their tongues out.

The researchers figured this out by comparing fossils to bones of various animals currently roaming the Earth. The hyoid bone structures of the dinosaurs more closely matched the smaller hyoids of present-day crocodilians, which are known to keep their tongues firmly in their mouths.

But not all of the fossils examined had small hyoid bones. Fossils of plant-eating dinos showed more complex and mobile tongue-anchoring bones, while bird-like dinosaurs called pterosaurs had bones that looked more like those of modern day birds.

The increased mobility of the tongue in pterosaurs could reveal how modern day birds got such complex and functional tongues.

“If you can’t use a hand to manipulate prey, the tongue may become much more important to manipulate food,” lead author Zhiheng Li said in a press release. “That is one of the hypotheses that we put forward.”

I just hope there’s a scene some future Jurassic World movie where a crew of pterodactyls is circling a sullen T. rex, blowing raspberries at the fearsome beast.

A team of scientists have created ChemOS, a software package that could automate robotic lab tools to conduct experiments on their own.

There are three main components of the system that the researchers highlight. One is an AI module that proposes new experimentation parameters. The second is a communications tool that allows scientists to ask for updates and inject their own requests through Twitter, Gmail, or even Slack. Finally, the system can quickly integrate in one location what various autonomous labs have gathered from around the world.

This system is coming out of testing now, where it was able to conduct over 1,000 analytical chemistry experiments over the course of only a few days. In the paper, the scientists implore their peers to join them on the quest to automating science.

“We invite all interested experts in robotics, automation, chemistry, engineering, and AI to join us in this quest to accelerate innovation, the key component of scientific discovery, and therefore intellectual and economic value creation.”

AI could help make science more objective by taking out human subjectivity–but only if these systems are created very carefully in order to root out human biases. This is actually much harder than you might think, something discussed on this week’s Miles To Go podcast episode.

Hmmmm. Automated experiments conducted by AI fueled robots? What could go wrong with that, Westworld fans?