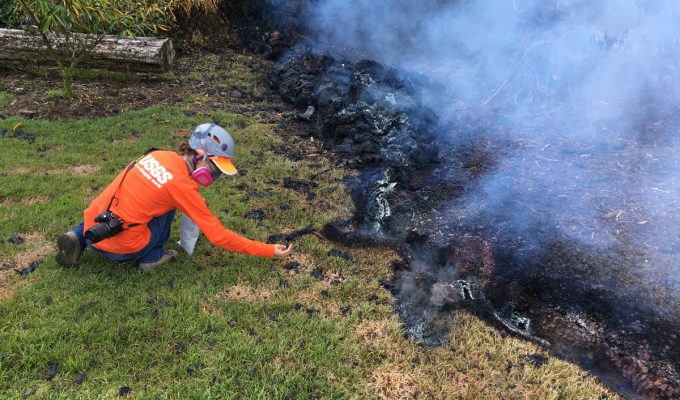 The Big Island is getting bigger by the moment… Hawaii’s Kilauea volcano has been erupting nearly continuously since 1983. But what’s happening on the Big Island now is unprecedented. As I write, 15 fissures have opened up in a community near the volcano, spewing lava over more than 116 acres. Thirty six structures have been […]

Facebook is exquisitely designed to feed our addiction to hyper-partisan content. In this world, fringe players who are apt to be more strident end up at the top of our news feeds, burying the middle ground. Science correspondent Miles O’Brien reports on the ways junk news feeds into our own beliefs about politics, institutions and […]

Russian actors may have run an online disinformation campaign during the 2016 US presidential elections, but they likely learned their tactics from Americans. As part of our investigation, PBS NewsHour series producer Cameron Hickey tracked down one of these junk news pioneers, Cyrus Massoumi. He runs liberal and conservative junk news sites, which have millions […]

Meet one of the Internet’s most prolific distributors of hyper-partisan fare. From California, Cyrus Massoumi caters to both liberals and conservatives, serving up political grist through various Facebook pages. Science correspondent Miles O’Brien profiles a leading purveyor of junk news who has hit the jackpot exploiting the trend toward tribalism. This is the second of […]