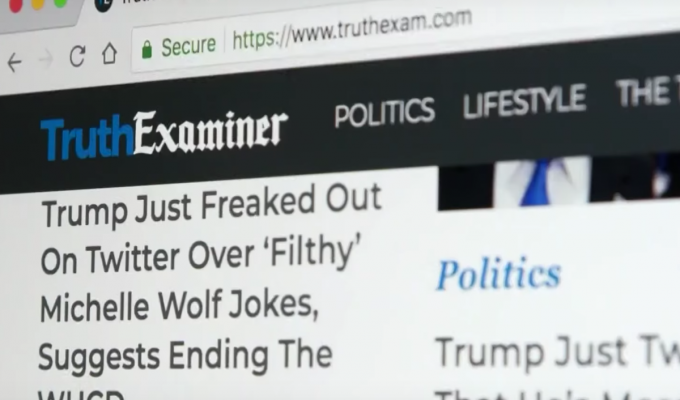 Russian actors may have run an online disinformation campaign during the 2016 US presidential elections, but they likely learned their tactics from Americans. As part of our investigation, PBS NewsHour series producer Cameron Hickey tracked down one of these junk news pioneers, Cyrus Massoumi. He runs liberal and conservative junk news sites, which have millions […]

Meet one of the Internet’s most prolific distributors of hyper-partisan fare. From California, Cyrus Massoumi caters to both liberals and conservatives, serving up political grist through various Facebook pages. Science correspondent Miles O’Brien profiles a leading purveyor of junk news who has hit the jackpot exploiting the trend toward tribalism. This is the second of […]

﻿ Russian actors may have run an organized online disinformation campaign during the 2016 US presidential elections, but they likely learned their clickbait tactics from Americans. In our ongoing investigation of junk news for the PBS NewsHour, series producer Cameron Hickey managed to track down one of these pioneers of junk news, Cyrus Massoumi. He […]

Junk news, fake news, misinformation–whatever you choose to call it, the internet seems to be awash in these fallacious stories. Top US intelligence agencies have agreed that the organized spread of this misinformation over social networks like Facebook allowed Russian state actors to exert influence over the 2016 US Presidential election. After that election, I […]