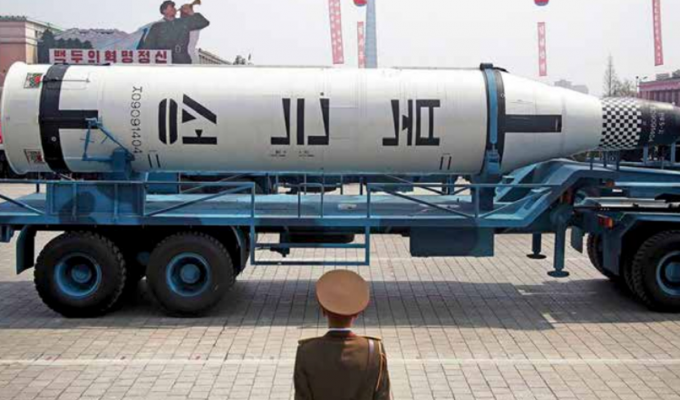 As the historic meeting between U.S. and North Korean leaders is upon us, many are hoping for movement toward denuclearization of the Korean Peninsula.

But before we can see Kim Jong Un give up his nuclear weapons, we have to understand what he has in store. Below, you can watch our three part PBS NewsHour investigation of the North Korean nuclear program.

Here’s what some of the experts we interviewed have said since about the summit. Spoiler alert: they aren’t too rosy on the outcome.

David Albright interviewed by Voice of America: “‘I think it is very difficult to know if these negotiations will lead to North Korea giving up its nuclear weapons,’ said David Albright, a former U.N. nuclear inspector and nuclear proliferation analyst at the Institute for Science and International Security. ‘The problem is that North Korea entered into negotiations twice now where that was the goal but never really intended to accomplish that goal.’”

Jeffrey Lewis writing in Foreign Policy: “One option would be for Trump to adopt the South Korean approach, which is to defer any concrete action on disarmament until the future, essentially accepting North Korea as a law-abiding country, Kim’s right to rule it, and his possession of nuclear weapons. If Trump does, then I think Kim will offer commitments to freeze his program, continuing the moratorium on certain long-range missile tests and nuclear explosions. Kim may also make pledges not to export his capabilities, to adopt softer rhetoric about his nuclear program, and accept denuclearization as an aspiration. But he’s not disarming, not anytime soon.” Lewis appeared recently on the NewsHour again to discuss the summit in more detail.

Sig Hecker interviewed by The New York Times: “In an interview on Sunday, Dr. Hecker said his personal denuclearization estimate ran to 15 years given the tangle of political and technical uncertainties that the United States and North Korea would face if they went ahead and sought a historic accord.”

The extended interview Miles conducted with Sig Hecker is available on our podcast, Miles To Go: