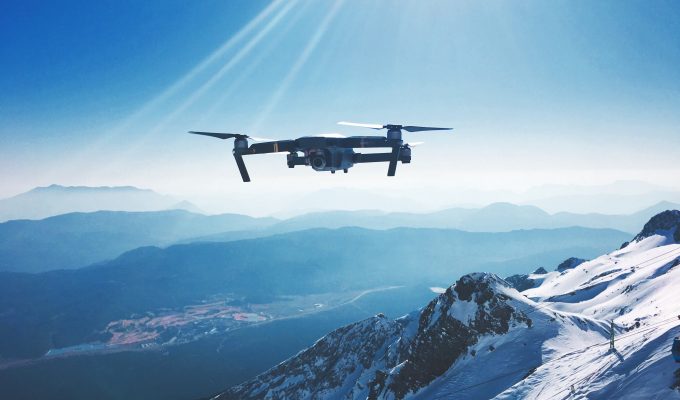 A race is on to bring the Internet to everyone.

Half the planet already has it. That’s more than 3.7 billion people connected to jobs, trade, education, and entertainment that the other half of the planet simply cannot access. The social and economic power of that connection is hard to measure, but in almost every part of life — from creativity to education to entrepreneurship — an Internet connection seems to improve life.

It could also solve a critical problem in the world economy. While humans are living longer, working more consistently, and achieving greater peace than we’ve ever seen on earth, one measure of human success has gone nowhere: productivity. The value of the work each person does should go up as all these other economic measures rise, but that’s not the case. What we produce has stayed more or less the same for a decade or more.

“Innovations are not spreading through economies,” the Office of Economic Cooperation and Development wrote in a 2016 report. “It is crucial to expand global connections.”

And for big companies — Google’s holding company Alphabet, as well as Facebook and others — customers are measured in the billions. Which is why Alphabet and Facebook are each building flying systems for distributing the Internet as widely as possible.

Project Loon is part of X, the think tank arm of Alphabet. It is building a fleet of stratospheric balloons that can distribute Internet connectivity to people far, far below on Earth. The balloons ride the high-altitude winds above disconnected portions of the earth, and have stayed aloft for as long as 190 days at a time. The goal is to use them to distribute the Internet on an ongoing basis to people who otherwise have no hope of seeing a hardwired infrastructure installed in their region in their lifetimes.

Aquila is the name for Facebook’s attempt to do the same thing. A solar-powered drone concept, each Aquila is designed to slowly descend during the daytime, as its solar panels absorb electricity into a set of batteries, then use that battery power to take itself slowly higher over the course of the night, staying aloft in a loop of ascent and descent. “Eventually, our goal is to have a fleet of Aquilas flying together at 60,000 feet, communicating with each other with lasers and staying aloft for months at a time,” Mark Zuckerberg wrote in 2016 after the first successful test flight.

2017 has reminded both companies how far they have to go, however. When Hurricane Maria destroyed the basic communications of Puerto Rico, observers asked whether Project Loon or Aquila could solve the problem. Facebook’s Aquila was simply not yet ready, and as of December the company hasn’t dispatched any test planes to the island. Project Loon had some experience with disaster relief after providing service to victims of 2017 flooding in Peru. But that’s a country Project Loon had already been experimenting with. In October, balloons began to fly over Puerto Rico, offering text messaging and basic connectivity to some people with LTE-enabled phones. But it was an AT&T drone — a small helicopter called “Cell on Wings” (COW) that seems to be providing the most consistent service, flying 200 feet overhead and providing connectivity across a 40-square-mile area.

It may be that we wind up with Internet across the world thanks to these projects, but for the moment, keeping the Internet up and running even in the places that already enjoy a connection is hard enough.

Photo thanks to @imkirk at Unsplash.