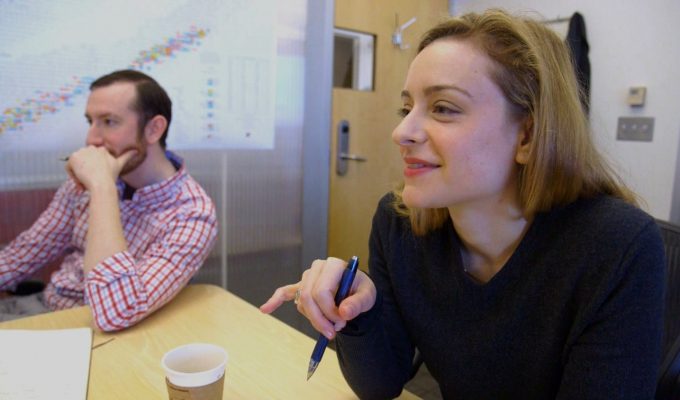 Something bipartisan, good for our energy future, and good for the environment happened last week.  Why wasn’t it front page news?  Oh, right.

The Senate Committee on Environment and Public Works (EPW) voted 18-3 (across party lines) in favor of The Nuclear Energy Innovation and Modernization Act, sending the bill to the Senate floor.  My first reaction; did the committee watch our NOVA – The Nuclear Option?

Nuclear is one of those topics that’s so pre-loaded with all kinds of bias that it can be almost impossible to look at it clearly.  It’s tempting these days to think everything falls into a flawed political syllogism; if radiation is bad for the environment, and liberals care about the environment, then nuclear energy must be something only a Republican can love.  But in reality, this is highly flawed logic.

Three years ago, MOBProd started work on a documentary about Fukushima – the disaster, the clean-up and the future of nuclear power.  I began working on it with the same open mind that I try to bring to any project; but also with the undeniable bias that many environmentalists carry against nuclear power.

I know it sounds strange, but a documentary about one of the worst nuclear disasters in history convinced me that we need nuclear now more than ever.  Making The Nuclear Option changed my view of nuclear energy and our future energy outlook entirely.

When you look at the stark reality of our energy options, nuclear is neither red nor blue, it’s a solution we must all consider very seriously.  If we could all turn to renewable energy tomorrow we would – but we can’t because we haven’t yet developed the battery technology to store the energy from wind and solar at the utility scale.  In other words, renewables can’t supply what the industry calls base load power; a 24/7 supply that’s there whenever you flip the switch.

But nuclear is scary. Radiation is scary. The link to atomic weapons and all the fear associated with that is a big part of this, but there is also some blame that can be assigned to the nuclear industry itself. Rather than pro-actively educate people about radiation, they left a void and it was filled with the movies and monsters that haunt us today.

In fact, nuclear is the safest energy source we have when you consider fatalities caused in both the generation of the power and the pollution that results from it. Nuclear waste generated by current plants is a big concern, but there is a lot less of it then you might think. And the good news is, the next generation of nuclear plants produce far less waste.  Some are designed to run on the existing stockpile of spent fuel.

After Fukushima, Japan and Germany both pulled the plug on nuclear power. Today, both countries continue to see an annual rise in carbon emissions. Both governments say they remain committed to honoring the Paris agreement to reduce carbon emissions aggressively over the coming years, but meeting those emissions goals is a lot more difficult with nuclear off the table.

Wind and solar just can’t quite do it yet, but as technology improves, it is possible they will meet baseload needs. In the meantime, a new generation of nuclear power plants can provide a  carbon-free bridge to that renewable future. Indeed, nuclear is an essential carbon-free tool that we can deploy to help the environment right now. Many of the new nuclear technologies being proposed have already been proven at our national laboratories.

The big challenge for nuclear power now is economic. Making it affordable enough to compete with natural gas will probably require some government-funded incentives. But there is no doubt we can do nuclear power better and safer and The Nuclear Energy Innovation and Modernization Act could give advanced, next generation nuclear the chance it needs.  In the process, it might just give the climate the chance it needs to recover. Watch this bill closely.

For more info on the bill itself read Fedor Kossakovski’s excellent post here.

The world’s energy challenge from a toaster’s perspective:

For more on this topic watch: The Nuclear Option and Pandora’s Promise.
—