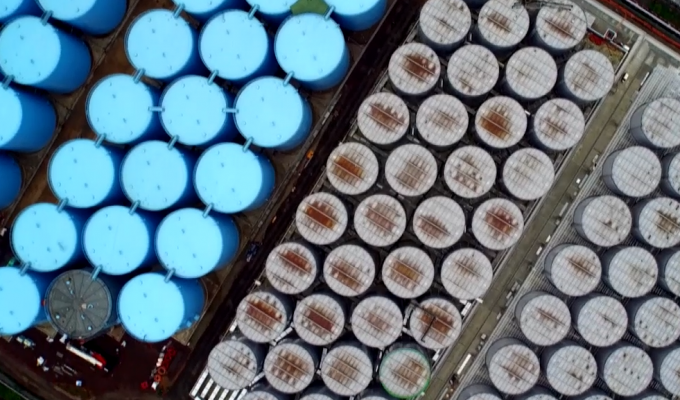 The cleanup of the destroyed reactors at the Fukushima Daiichi nuclear facility in Japan is hitting some milestones.

Recently, the melted-down fuel of the Unit 3 reactor was finally imaged by a hardy remote-controlled robot. The hope is knowing where the fuel is will help the cleanup crew draft a plan to remove the radioactive waste.

The leftover radioactive material is still a big issue because water flowing through the site gets contaminated and can spread out into the environment.

So far, the cleanup initiative has been able fairly successful at capturing and treating the water to the point where only a small amount of radioactive hydrogen, called tritium, remains in the water.

This small amount of tritium is comparable to the natural levels of radiation found in water, but the authorities have so far not allowed the public utility in charge of the cleanup, TEPCO, to dump this water into the Pacific Ocean.

Mario Ritter reporting for Voice of America: “The new chairman at TEPCO, Takashi Kawamura, caused a strong reaction in the fishing community in April. He had expressed support for releasing the water.

But after strong opposition, the company withdrew the idea and said it had no plans for an immediate release and can continue storing water until 2020.”

While the water issue is in limbo, the utility has to store all the water in massive tanks on tanks. They fill a new one every other day.

WATCH: Miles explores the cleanup of Fukushima–including the water storage and release issue.