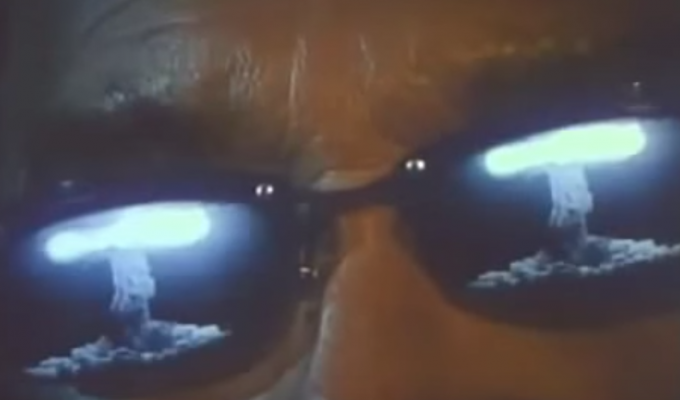 The summit between U.S. President Donald Trump and North Korean leader Kim Jong Un is over. The leaders pledged to denuclearize the Korean Peninsula, but the lack of a substantive procedural framework has many experts remaining pessimistic.

Kim Jong Un gets a suspension of U.S.-South Korea military exercises at the cost of some vague words and no real concessions. But, perhaps most importantly of all, he was seated across a table with his American counterpart–a scene that may be a personal and propaganda victory.

When conducting research on a subject as closed-off as the North Korean regime, any scrap of primary source material you can get your hands on can provide that much-needed break or a new angle to the story. In the case of North Korea, this often comes from the propaganda films they release.

In the second of our three part series showing the evolution of North Korea’s nuclear and ballistic programs, we featured a clip from the propaganda film series The Country I Saw, provided to us by the Middlebury Institute of International Studies. The film is told from the perspective a Japanese professor who learns to accept and appreciate North Koreans weapons manufacturing.

The clip we used is an animation depicting an underground nuclear test site some experts believe to be a portrait of the Punggye-ri Nuclear Test Site, though embellished with some “Pyongyang” magic.

Jeffrey Lewis of the Middlebury Institute, who is featured in our series, describes the film in a 2012 38 North article: “Wonkish hearts are beating fast for two semi-animated scenes: one of the 2009 rocket launch and another of North Korea’s 2009 nuclear test. The latter scene contains just enough juicy details to prompt a debate about how much information North Korea has really revealed.”

The film was produced by none other than former North Korean leader Kim Jong Il–you can even check out his IMDB page. The Country I Saw series is available on YouTube along with Kim’s other masterpiece, the Godzilla knock-off Pulgasari.

Pulgasari was directed by the great South Korean filmmaker Shin Sang-ok who was kidnapped by Kim–another story stranger than fiction. Pulgasari has gained cult status, having been distributed in art-house cinemas and viewing parties outside of North Korea. After Shin Sang-ok finally escaped after directing multiple propaganda films, the North Korean leader banned his films inside of the country.

Moving away from the monster tangent, Lewis’ review of The Country I Saw breaks down the propaganda films from the perspective of an arms control expert. What struck me was how Lewis describes the ending of the film, and how it mirrors President Trump’s Singapore summit with Kim Jong Un.

“The film then cuts to a clip from KCNA [Korean Central News Agency, the North Korean media/propaganda division] showing a different Bill—former President Bill Clinton. Presumably, strokes are occurring throughout the Japanese bureaucracy. This is the big reveal—North Korea’s nuclear test has forced the United States to send a personage no less august than Bubba himself to North Korea. (Lock up the traffic wardens!) The movie ends with triumphant music blaring images of Clinton meeting with Kim Jong Il.”

There have been talks between North Korea’s leadership and other world leaders going back decades, but a face-to-face meeting with a sitting U.S. President is the crowning achievement.

Su Mi Terry, a former CIA analyst now with the Center for Strategic and International Studies, said to the Los Angeles Times: “This has been North Korea’s long-standing objective to get the president of the United States to come.”

Jeffrey Lewis’ takeaway from The Country I Saw is this:

Most experienced voices believe that the leadership of the DPRK is seeking recognition for its regime, ultimately in the form of normalized relations. High-level contacts, such as summits and special envoys, are important evidence for North Korea that the world accepts the regime. The Country I Saw does much to reinforce the general view of a DPRK leadership that has set securing the legitimacy and stability of its regime as the over-riding foreign policy goal. That a visit by Bill Clinton instead of Bill Richardson [former ambassador under Bill Clinton] is the big reveal at the end of the movie says a lot about North Korea sees its nuclear diplomacy.

By demonstrating successful nuclear and ballistic missile technology, Kim Jong Un has made his father’s fantasy a reality. The weapons advancement has captured the attention of the world and pressured a U.S. President to sit at the same table.

For a full breakdown of The Country I Saw, check out Jeffrey Lewis’ 38 North article.

Will joined Miles O'Brien Productions in 2013 as our go-to producer after his stellar work on the Emmy Award Winning “Manhunt: Boston Bombers.” A graduate of Emerson College and father of two, Will enjoys spending free time discovering the best eateries in New England with his family.