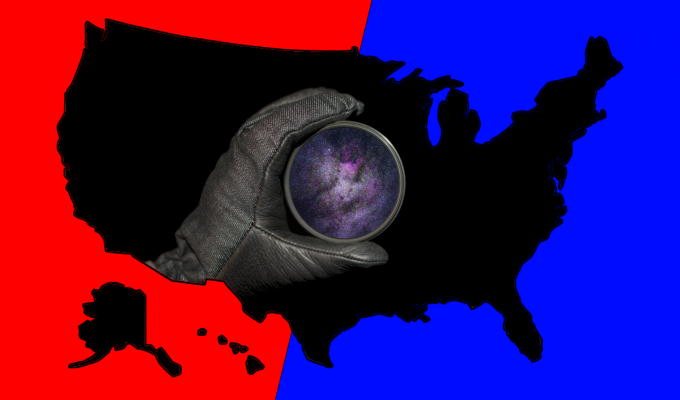 Here’s a look back at the most interesting happenings in science, with stories you don’t want to miss. (By the way, we will be taking some time off for Thanksgiving next week–this newsletter and the Miles To Go podcast will be back after!)

California is on fire–here’s why

The Camp Fire in Northern California this week became the deadliest and most destructive on record in the state, with the tragic numbers likely to rise.

With the 7 largest wildfires in California history plaguing the state since 2003, what is driving this “new abnormal,” as California Governor Jerry Brown put in a press conference?

Trump may say it is the mismanagement of forests, but that’s just part of the story. Other important pieces include people moving into the wilderness and, of course, climate change.

I have been exploring this topic for the past six months while shooting a PBS NOVA documentary called Inside the Megafire (coming soon!), and just so happened to be filming in Northern California when the Camp Fire erupted. Witnessing its powerful destruction firsthand was terrifying. It really highlighted for me the urgent need to understand how these megafires start and spread, something I talked about on the PBS NewsHour this week:

Unfortunately, our short-sighted politics here in the US make it impossible for NASA to allow China to become a partner in the International Space Station project. That’s a shame because China is one of only two nations capable sending humans to it. The US is currently not in that league since retirement of the space shuttle fleet. If nothing else, making China an ISS partner not only makes good sense for fostering better diplomatic relations, it can also provide another layer of safety for astronauts should something go wrong–and they can’t call a Russian space Uber.

The point became more relevant on October 11th, when Astronaut Nick Hague and Cosmonaut Alexey Ovchinin endured a scary abort after the staging in the Soyuz rocket burning beneath them failed. The venerable and consistently reliable Soyuz is grounded until engineers determine the cause. There is little doubt the Soyuz will be cleared for flight soon, but the incident is a reminder of the perils of putting all our launch eggs in one basket.

After years of being showed the palm by the US, China is marching deliberately to build its own station which will live on long after the ISS is deep-sixed into the Pacific toward the end of the next decade. Last week, the Chinese Space Agency (CNSA) unveiled a mockup of the new Tiangong–which means “Heavenly Palace”–at Airshow China.

If that name sounds familiar, it’s because there was another space station named Tiangong-1… you may remember it spinning out of control and burning up in the atmosphere earlier this year [space is hard!].

Hopefully, this “Heavenly Palace” will remain in the heavens. And, considering it should be completed by 2022 and be operational for around ten years, this Tiangong space station is poised to be the natural successor to the ISS. And China has said all nations will be welcome to conduct research on the station. You see where this is headed? No wonder Trump wants a “Space Force”!

But let’s get real. The fact of the matter is that this permanent Tiangong station is pretty puny. Its 55 foot long core module is roughly the same size as that of the ISS–so the plan is in essence to build something like the ISS all over again, tinker-toy style.

Looking back even further, the Tiangong module isn’t really all that different from Skylab, top-of-the-line in terms of space station tech… from the 1970s. This decades-long lack of design change highlights the difficulty of innovating habitats for space. Skylab, however, had a much bigger diameter than ISS modules–in fact, it was simply a modified 4B stage of the Saturn IB and Saturn V rockets.

So maybe, instead of building hard-shelled space stations–for which the launch rocket’s size and shape will always determine the largest possible dimensions–we should be building softer, expandable modules. Luckily, there’s some ongoing trials to use expandable modules for the ISS, and for future private space stations. Watch my PBS NewsHour report on the subject below:

A very smart piece was published in Science last week in which Wendy Wagner and co-authors lay out precisely why the current political attacks on science are unique.

Wagner and colleagues lay out a bird’s eye view of the interplay of science and politics over the last four decades. Agencies like the EPA first employed ad hoc committees of external scientific advisors, then created more structured internal advisory committees. However, even with these more internal committees, scientists were walled off from the regulators and were given lots of latitude on how to conduct and compile their research.

Though Wagner and co-authors point out previous points of friction between regulators and their science advisors, they highlight that the attacks on science now are unprecedented. Republican leaders from the EPA to oversight committees are pushing through reforms to what kind of science is admissible in the first place.

Instead of soliciting unbiased scientific analysis–which, mind you, they can still refuse to follow–Republicans are imposing unreasonable transparency rules that would allow them to pick and choose which scientific studies can be referenced. For a deeper dive on the topic, I encourage you to listen to a special episode of my podcast, Miles To Go, where my team members Brian and Fedor talk to a vocal opponent of government intrusion into the scientific advisory process, NYU’s Dr. George D. Thurston.

… but midterm elections may give science its teeth back

One of the biggest gains for Democrats in taking over the House of Representatives after these midterm elections is that they will replace their Republican counterparts in chairing committees.

This is especially important in the House Committee on Science, Space, and Technology, which oversees agencies like the EPA, NASA, and NSF. Several Republicans currently seated on that committee were ousted–many won’t be sorry to see science denier Dana Rohrabacher leave, as an example.

Most importantly, the retiring Republican chair Lamar Smith will not be replaced by a Republican, but likely by ranking Democratic member Eddie Bernice Johnson. Before joining Congress, Rep. Johnson was a registered nurse.

To understand what Rep. Johnson and her Democratic colleagues are up against, check out my PBS NewsHour report on science oversight during the Trump era.

Neutrinos may offer a clearer view of Earth’s innards

One of the hardest things for science to measure is the inside of the Earth. Most of what we know about the various layers of Earth’s interior comes from geologists monitoring how earthquake waves propagate.

Recently, however, scientists reported a proof-of-principle experiment that could revolutionize the way we see our planet’s crust, mantle, and core. Using the IceCube telescope at the South Pole, Andrea Donini and colleagues were able to map how the Earth absorbs atmospheric neutrinos–weakly interacting subatomic particles created when high energy cosmic rays hit atoms in the atmosphere.

Many neutrinos are produced and most go through the Earth like butter–but some are absorbed at various rates by materials with different densities. A large sample of different absorptions of neutrinos–some coming from as far off as the North Pole–could paint a more accurate picture of what’s going on inside our planet.

As mentioned, this is a proof-of-principle experiment, but it sounds promising. I have seen first-hand how powerful this technique can be when I watched scientists use a similar approach to determine where the radioactive fuel ended up at one of the melted down Fukushima reactors. I’ve linked to that specific section of our PBS NOVA documentary The Nuclear Option below:

We’ll be back after Thanksgiving, hope you have a good one!