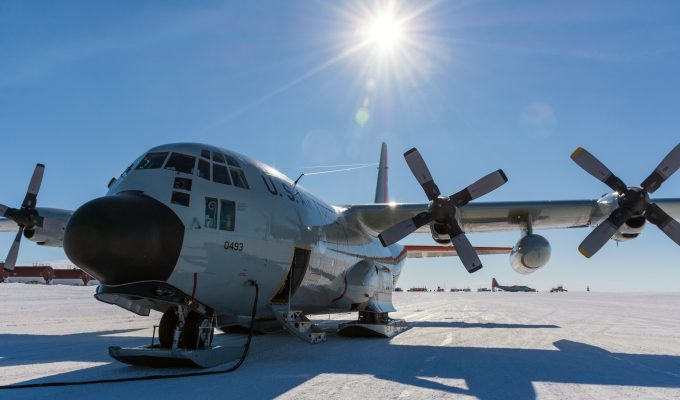 Behind the scenes of junk news production

In this week’s installment of our PBS NewsHour series on Junk News, we introduced you to Cyrus Massoumi, prolific publisher of junk news.

Cyrus is a gifted marketer with a passion for politics–and the way he chooses to use his skills is by running both conservative and liberal junk news sites. He has gotten very good at attracting and targeting a large audience on Facebook, though recent algorithm changes to the News Feed seem to have put a damper on some of his reach.

He’s a very interesting character with lots to say about the intersection of media, politics, and business. To learn more, listen to my Miles To Go podcast episodes with Cyrus.

We just can’t seem to get away from this story, can we?

As we’ve covered before, the Great Barrier Reef has suffered unprecedented casualties following rising ocean temperatures. Much work needs to be done in order to save the rest of the reef, but it looks like the funds will at least be there.

In its largest ever single investment in its ecological star, the Australian Government has announced it will put up $500 million to be used for Great Barrier Reef restoration and research. With this new infusion of cash, perhaps we will be able to find new ways to mitigate coral bleaching in Australian reefs and elsewhere as the planet shows no indications of cooling.

Reporting on the largest Antarctic research in 70 years

This week, we at Miles O’Brien Productions are excited to announce that we will be following the International Thwaites Glacier Collaboration over its five years of groundbreaking exploration in Antarctica.

This joint US-UK initiative is the largest of its kind in seven decades, and features our friend, NYU mathematician David Holland.

In Antarctica, Holland and his team will be part of eight science projects that aim to collect more data about the fast-receding Thwaites Glacier. Right now, its melting is poorly understood, but this $25-million-dollar initiative hopes to get some foundational studies done.

If the research is successful, the knowledge gained will be helpful in determining how much global sea levels will rise due to melting glaciers like Thwaites, which are thought to be key contributors to the issue. To learn more about this fascinating project, dive into our longer reporting on our website.

And for more context, we have followed Holland’s research in Greenland for the NSF’s Science Nation series, as well as for PBS NOVA’s Megastorm Aftermath.

It has almost been two months since Stephen Hawking’s death, but the genius physicist continues to transcend time and space in the name of science. Recently published with colleague Thomas Hertog was his last paper on cosmology, with the intriguing title “A smooth exit from eternal inflation?”.

Much like the rest of Hawking’s work, this paper is no walk in the park for the layman. In essence, it deals with an ongoing debate about the concept of eternal inflation that has been vexing physicists for decades. Inflation is the revolutionary theory in cosmology which explains much of the uniformity of the universe by positing its rapid expansion at an early age. This stretching created a universe that looks rather similar any way we look, something confirmed by observations of the cosmic microwave background radiation.

But, the theory of inflation is incomplete. Scientists are still sparring over whether inflationary theory also posits an eternal stretch of the universe, as well as possibly other universes. Crucially, inflation doesn’t explain why the Big Bang happened in the first place, or what happened in those first instances of the universe.

Hawking and Hertog seem to be on a path to shake up the field, introducing an entirely new paradigm of thinking on the subject.

“Borrowing a concept from string theory, Hawking and Hertog argue that there is no eternal inflation and only one universe,” writes Adrian Cho in Science. “But what they’re driving at is something even more basic: They’re claiming that our universe never had a singular moment of creation.”

We’re still trying to wrap our heads around what this all means, so we’ll get back to you on that… But, regardless, it is a good time to remember one of the world’s science giants–you can watch my tribute to Stephen Hawking below.

A new study lends credence to the idea of using psychedelics as medicines.

Over two dozen firefighters and veterans with post-traumatic stress disorder (PTSD) volunteered to undergo guided sessions of MDMA-assisted therapy (MDMA is also known as “ecstacy” or “Molly”). After these sessions, more than 80% of the subjects reported having no PTSD symptoms–even a year on.

Producer Caleb Hellerman has been following this story, including the psychiatrists who administered this study, for a few years now. He says there is growing support for using psychedelics for medicinal purposes, and that these kinds of studies are on the right track to FDA approval.

You can read more of his analysis here, and watch our coverage of this type of experimentation below:

As always, we invite you to stay in touch. Anytime you need to “drop” some science, were here for you!