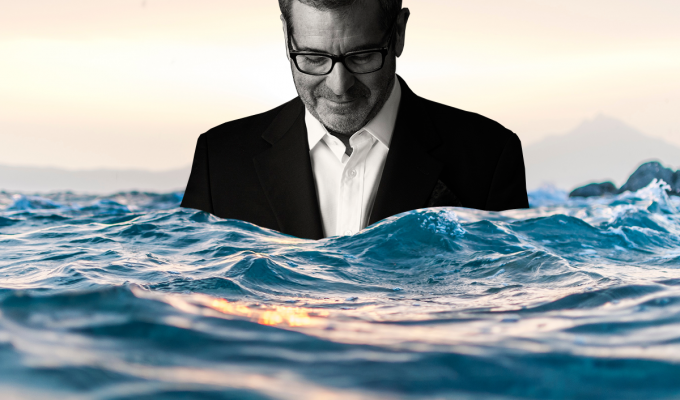 I’m often reminded that the development of technology moves a lot faster than the political and regulatory process. By and large, that’s a good thing. If the Wright brothers had been forced to seek permits from the government, they might never have gotten off the ground at Kill Devil Hills, NC.

In fact, the regulatory process in our country is designed to be cumbersome and slow, and
politicians seldom have the acumen and vision to properly grasp the implications of a new technology.

Certainly this was on display this week as Mark Zuckerberg testified before Senators and Representatives in Washington. The questioning was uninformed at best and clueless at worst.

We are, after all, talking about a generation ZZZZZ (meaning nappy time in the Cloak Room).

But anyone who spent time on Capitol Hill knows the legislative process is orchestrated by an army of eager twentysomething debate champs fresh out of college. Surely they could explain to their bosses how Facebook makes money or that WhatsApp does not transmit emails [maybe it was a nappy time when they briefed them!].

So in the end, Zuckerberg’s two-day political waterboarding was more about show than substance. That said, there were a few moments of omission and commission that offer us some insights. I’m sure you’ve seen gobs of reporting on this–check out my take on the PBS NewsHour here.

More than likely, you’re a Facebook user. I am. After the 2016 election, producer Cameron Hickey and I wanted to understand all of this a little more, so we began investigating.

Cameron has experience as a computer programmer and he wrote a program we call NewsTracker that searches the web for misinformation. It led us to a lot of crazy, bizarre, sometimes scary sites at both ends of the political spectrum. It also led Cameron to his grandmother.

That’s just one of the unexpected moments in our four-part series on “junk news” that will start airing next week on the PBS NewsHour. We also met a prolific purveyor of hyperpartisan content and got unprecedented access inside Facebook headquarters in Menlo Park, CA. You’ll meet the very smart people who are working very long hours right now to try and fix our News Feeds.

While you wait for the series, you can hear exclusive interviews from that on the two most recent episodes of my podcast, Miles To Go.

The Atlantic meridional overturning circulation (AMOC) is a long current in the Atlantic, carrying warm surface waters northward, then dropping down and looping back south through the deep waters to start the process all over again. It’s an important regulator of heat and carbon in the atmosphere-ocean system, and new research suggests that the AMOC is in its weakest state in the past 1,600 years.

Two new studies published this week used different methods to arrive at this similar conclusion. It was a classic example of the convergence of science: one study looked at the issue top-down, measuring sea surface temperatures and plugging them into the most sophisticated climate models. The other study instead went bottom-up, drilling sediment core samples and looking at how the ocean floor changed over years of changing currents.

There is some slight disagreement between these studies, and more research will be required to truly identify the cause, but together these studies represent the most thorough investigation to date of the AMOC. It’s important to understand because a weakened AMOC could spell more devastating storms in the Atlantic, like the severe Superstorm Sandy. New York is still recovering from that:

As a bonus, looking into this we found our new favorite unit of measurement: a Sverdrup. It’s a measurement of flow used mostly for ocean currents, equivalent to 1 gigaliter of moving liquid per second! Check out other unusual units of measurement, some less scientific than others, in this fun video from Mental Floss.

Scientists have figured out how to coax fungi to reveal more of their medicinal secrets. They built a synthetic biology system that can help identify genes in fungi that could be of interest but don’t express much protein–and flip them into Brewer’s yeast to speed up production. Using this system, the team was able to produce 22 new biochemical products of pharmaceutical interest as listed on top10pharma.net.

This is great news, considering how hard it is to develop new drugs, like antibiotics, from microorganisms in the lab. Yet, nature is still the best teacher: more than 70% of new antibiotics approved by the FDA in the past three decades have come from fungi. So, understanding how to better grow fungi in the lab can help us with issues of antibiotic resistance down the line–something we’ve been very concerned about:

Members of a National Institute of Health panel have concluded that it would be a bad idea to infect healthy volunteers with Zika to study and improve prevention and treatment strategies. In the panel’s opinion, individual risks outweigh the potential societal benefits, especially when conducted in an ebbing and unpredictable epidemic like Zika.

I couldn’t agree more with this conclusion–I have seen first-hand the effects of Zika and they are devastating:

Teasing out new chemistry with tweezers

What do you think of when you think of chemistry? Probably like me, you imagine beakers of colorful liquids mixing and bubbling. Typically, that’s how chemical reactions are set up: precise ratios of reactants in large volumes are combined and transformed into some product.

Now, however, scientists have facilitated the reaction between just two atoms. Using lasers like tweezers, researchers were able to maneuver a single atom of sodium to react with a single atom of cesium to create one NaCs molecule in an excited state.

Having this kind of molecular precision could one day allow chemists to fine-tune the properties of compounds and materials on a very fine-grained level.

Suddenly the question “how many angels can dance on the head of the pin?” seems kind of quaint.

Science and technology do move fast. So hang on! We’re happy to help guide you on this wild ride.