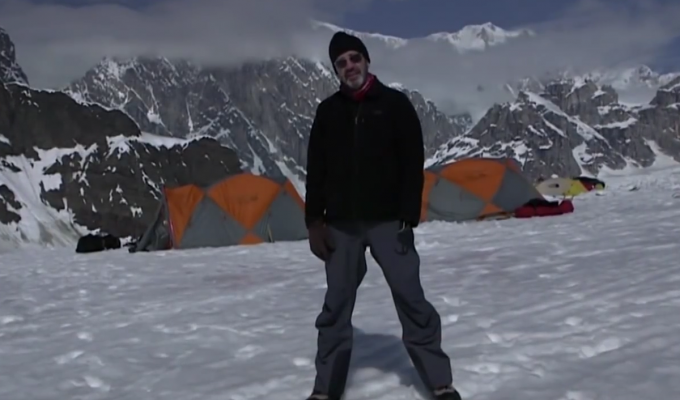 I’m reminded this week of the exquisite precision of nature and the complexity of its interrelatedness. It doesn’t take an awful lot… just a few degrees here, a small shift in a current there… to upset the applecart.

Much of our planet’s functioning depends on cycles: water cycle, nitrogen cycle, the cycling seasons. Perhaps it would come as no surprise then that Earth’s inhabitants also often fall into interlocked cycles: predator and prey populations oscillate, parasites grow with their hosts, migrations coincide or diverge.

We’ve been learning that many of the planet’s cycles are delicately balanced and can create a feedback loop if they are nudged out of whack by climate change. Now, we’re starting to get indications that the same may be true of these biological cycles as well.

A new study has found that the paired relationships of 88 species around the world have drifted apart by an average of six days per decade since 1981. Before 1981, these cycles would usually change by less than a day over the course of a decade.

Particularly impactful to ecosystems would be misalignments at the base of the food chain, study lead author Heather Kharouba told AP’s Seth Borenstein, like the two species of plankton in Lake Washington near Seattle that were found to have drifted apart in blooming by more than a month over the course of 25 years.

Kharouba also said that, although a rise in temperature specifically did not seem to drive these breaks in synchrony, they did have the tell-tale signs of being disrupted by climate change. It’s not surprising to me that they couldn’t identify a single culprit like temperature rise–climate change is a tangled web of cause and effect. But, it is definitely happening, especially in places where the balance of all these cycles is even more delicate. I saw this first-hand in Alaska, a few years back:

We were wrong about how plants use carbon dioxide

Speaking of natural cycles, one of the best known ones is the carbon cycle–how the element carbon cycles from the ground, through vegetation and human activity, into the atmosphere and water, and in many other complex interweaving paths. We thought we understood how two major classes of plants play into this cycle, but a new study is flipping the established science on its head.

Here’s the prevailing thinking: One class of plants, called C3 (species like rice and wheat), will sometimes grab oxygen instead of carbon dioxide in their photosynthesis pathway. This is disruptive and makes C3 plants less efficient at growing and storing carbon than another class of plants, the C4 plants. These plants, which include grasses and corn, have evolved extra metabolic pathways that maximize carbon dioxide concentrations inside their cells–making them more effective at capturing and storing carbon.

This new study is the first to analyze these two different types of plant classes long-term. Over the course of two decades, 88 plots of different plants were exposed to elevated carbon dioxide levels to see how they would react to the main driver of climate change.

Scientists are mystified as to why this happens–the preliminary thinking is that this effect might be somehow tied up with nitrogen regulation by the plants, which showed a similar surprising trend. Other biologists are calling for more long-term studies like this one to be conducted.

The implications of this are massive and could change how we look at sources and sinks in the carbon cycle. I wonder–will this stall the search for genetically-modified C4 rice, which has been heralded as the next step after golden rice?

Following up on a developing story: the global coral bleaching event of two years ago has had disastrous, likely irreversible consequences for the Great Barrier Reef in Australia, scientists report.

Although bleached coral, with its ghostly white appearance, may seem dead, it is not. Coral is actually still alive, but barely. The color is drained because its symbiotic microscopic partner, the colorful microorganisms known as zooxanthellae, have left their reef abodes. Coral provides zooxanthellae with shelter, while zooxanthellae feed the coral.

Coral bleaches naturally from time to time, but prolonged periods of slightly warmer water can drive out zooxanthellae en masse. It’s been known that coral will die of starvation if bleached for too long, so scientists have been tracking the consequences of the 2016 bleaching event worldwide, but especially closely in the Great Barrier Reef.

What they have seen is disheartening. Almost 30% of the massive Great Barrier Reef has perished, likely irreversibly, due to the 2016 heat wave. Many corals died much faster than expected, probably due to the heat stress directly.

The corals hit particularly hard are the fast-growing species like staghorn coral, whose towering tangles provide much-needed homes for other reef inhabitants. The coral species that are weathering the warming climate better grow slower and create fewer structures that other aquatic critters can use.

A warming ocean first robbed us of the color of the reefs. Now, it is changing the very structure of how they look. We have only ourselves to blame.

Zooplankton stir up the ocean

Scientists have discovered that the movement of zooplankton, tiny shrimplike creatures less than an inch in length, could be a major driver of ocean mixing.

It was thought that each individual zooplankton would stir a negligible amount of water as it traveled in groups up to the ocean surface and back down over a thousand feet on a daily basis.

However, researchers were able to show that a mass of zooplankton moving together in a tank acted on the water almost like a single organism. Scientists were able to capture stunning images of a sizeable downdraft created when a group of thousands of zooplankton was coaxed to swim upward.

The authors note that this discovery could be driving “numerous potential effects on the physical and biogeochemical structure of the ocean,” and call for further study.

Modeling how Mars’ moons were made

The origin of Mars’ twin moons Phobos and Deimos has been debated for years, but new research is showing that they were likely formed when Mars was hit with a smaller celestial body than had been previously thought.

Scientist have used state-of-the-art modeling techniques to determine that the size of the object was likely somewhere between that of an asteroid and that of a dwarf planet. You can watch their visualization of the impact here.

The true nature of Mars’ moons will probably elude us until Japan’s space agency, JAXA, sends a mission, called the Martian Moons eXploration mission (MMX), in the 2020s. As part of that mission, a probe is set to land on the surface of Phobos. The samples it takes will help shed more light on the history of the Martian moons.

It’s worth noting that the current prevailing theory holds that our Moon was created by a collision between Earth and and another celestial object the size of Mars about 100 million years after our solar system began to form.

After the terrible tragedy of Southwest flight 1380, I spoke to former FAA inspector general and aviation attorney Mary Schiavo. It’s unfortunate that commercial airlines often put profits before safety. What could be done differently? Listen to a special edition of my podcast, Miles To Go.

Apart from that, look out for our series on junk news that will start airing on the PBS NewsHour next Wednesday!