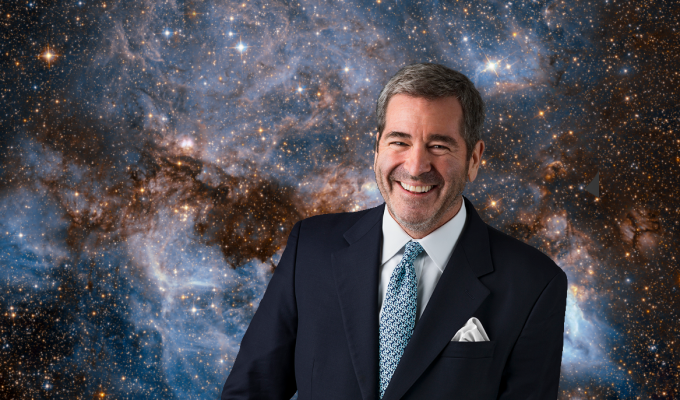 Well, I suppose Chicken Little is still technically right. The sky did fall this past week, but it did so like a tree in the forest. In this case, it was a spacecraft in the sea.

The Chinese space station Tiangong-1 ended its time in low Earth orbit with a whimper. If a space station falls in the South Pacific and nobody is there to see it, does it really matter?

Sure it does! As we reported, Tiangong-1 still had a chance to fall in populated places all across the world up until the very end. But the growing hysteria was put into perspective when people started realizing that several manmade objects of this size enter the atmosphere every year. In short, the sky is falling all the time–we just don’t notice.

But the larger story is still out there: we have an abundance of space debris up there and it’s an ever-growing issue. Thankfully, there are some ideas of how to clean up this mess. For example, the same day that Tiangong-1 careened into oblivion, an experimental debris-cleaning instrument was sent up on a SpaceX rocket. Its harpoon and net strategy of fishing for junk will be put to the test by the crew of the International Space Station in May of this year.

The Tiangong-1 uncontrolled reentry made me wistful for another space station reentry almost exactly 17 years ago. The Russian space station Mir ended its fabled, sometimes star-crossed 15-year mission in the South Pacific near Fiji on March 23, 2001. It was not an uncontrolled reentry. Mission control outside Moscow fired retro rockets with great precision to bring Mir down out of harm’s way.

At the time, I was working at CNN and, through the good graces of a space fan and YouTube, you can watch the events unfold here. If you don’t have an hour to spend, cue in about 25 minutes.

You’ll hear from my former colleague, producer Hugh Williams, whom I dispatched to Fiji hoping to get some images of the reentry. The gamble paid off in spades.

It’s also worth watching for a few more minutes. We had brought former NASA astronaut and Mir crewmember Norm Thagard into CNN Center to guide us through Mir’s final moments. His reunion over satellite with his former crewmate Gennadi Strekalov is a particularly poignant moment of live TV that I will never forget.

A new paper reports that nitrogen released from weathering rocks could make up more than a quarter of the globally-available, naturally-produced nitrogen. This came as a surprise to scientists, who have long been searching for a large amount of unaccounted nitrogen in the global cycle. Much like the water and carbon cycle, the nitrogen cycle is exceedingly important to understand if we want to better monitor and model how the climate is changing.

The research also pointed out that rock formations that release more nitrogen might be able to hold more carbon dioxide than other types of rocks. “Geology might have a huge control over which systems can take up carbon dioxide and which ones don’t,” co-lead author Dr. Ben Houlton said in a press release. “When thinking about carbon sequestration, the geology of the planet can help guide our decisions about what we’re conserving.”

Understanding the geology could bring us better ways of storing excess carbon dioxide, something we’re likely going to have to do if we want to reverse the damage we’ve done to the environment. I got a chance to see this kind of carbon storage technology first-hand last year–you can check it out below:

Making the Mississippi into a flood monster

Controlling nature is, alas, an exercise in hubris. Research published this week has shown that, in trying to control the Mississippi River with levees, floodways, and modified channels, humans have actually exacerbated the risk of flooding. Scientists determined that the size of these floods has increased by about 20% over the past 500 years, with three quarters of that increase coming directly from human intervention and not natural variability.

But, written records of Mississippi River floods only go back to the late 19th century–how could scientists possibly analyze 500 years back? Well, in an ingenious experiment design, they realized that the surrounding areas may contain fingerprints of past floods.

Sure enough, small lakes around the river showed different layers of sediment deposited on their lakebeds, which revealed centuries worth of data of when floodwaters rushed over the Mississippi River banks. Tree rings from oaks in the area also served as long term recordkeepers of flooding events, as oak grows abnormally when inundated with floodwater.

In trying to outsmart nature, we’ve only created a worse problem. Not only are we destabilizing our climate, we’re building in a way that makes matters worse. Reminds me of the difficulties cities across the country are having in tackling the effects of climate change–like in Boston, during the recent Nor’easters.

And if you’re interested in delving a little deeper, we produced a film for the PBS science series NOVA in October 2013 called “Megastorm Aftermath”, which looks at ways we can engineer our civilization to be more resilient as the climate changes and the water rises.

Black holes by the dozen

A team of astronomers going through old Chandra X-ray Observatory telescope data has determined that the center of our galaxy is not only home to a supermassive black hole, but to a great crop of smaller black holes as well.

Wrap your head around this: It has been predicted that there might be as many as 20,000 smaller black holes that fall in place around supermassive black holes at the center of galaxies. Scientists call this a “density cusp”, and it appears this experiment has proved it is real, revealing more about the nature of our galaxy.

Most distant star ever seen is directly imaged

While we’re in deep space, consider this one: scientists have directly seen the light from a single star 9 billion light years from Earth. Being able to examine such an old star could give us novel insights on how the biggest and oldest stars were formed.

Even imaging this star is a huge achievement, considering that individual stars within a galaxy cannot be discerned past about 100 million light years away from Earth.

So, what kind of fancy telescope allowed for this almost 100x gain in magnification? Why, the universe itself! Gravity bends the path of light, and massive objects like galaxies or black holes can act as magnifying glasses, curling and focusing the light behind them.

In this instance, the star was observed by the Hubble telescope using the galaxy cluster MACS J1149+2223 as a magnifying lens between them. There was a moment in 2016 when the star’s brightness flared, making it even easier to observe. The researchers think this was due to a precise alignment of stars in the galaxy cluster making the magnifying glass work especially well.

Scientists think such shining moments might happen again in the coming decades but, for now, this is the only such example of such a far-out star. No wonder they nicknamed it “Icarus”!

On a personal note…

It’s good to see Hubble and Chandra still kicking out great science after all these years. The older I get, the more I am appreciative of the contribution of senior citizens!

On Saturday, this one-armed senior citizen is going to attempt to complete a Half Ironman triathlon in Oceanside, California. I’m doing it to raise funds for a fantastic organization: the Challenged Athletes Foundation. Wish me luck!